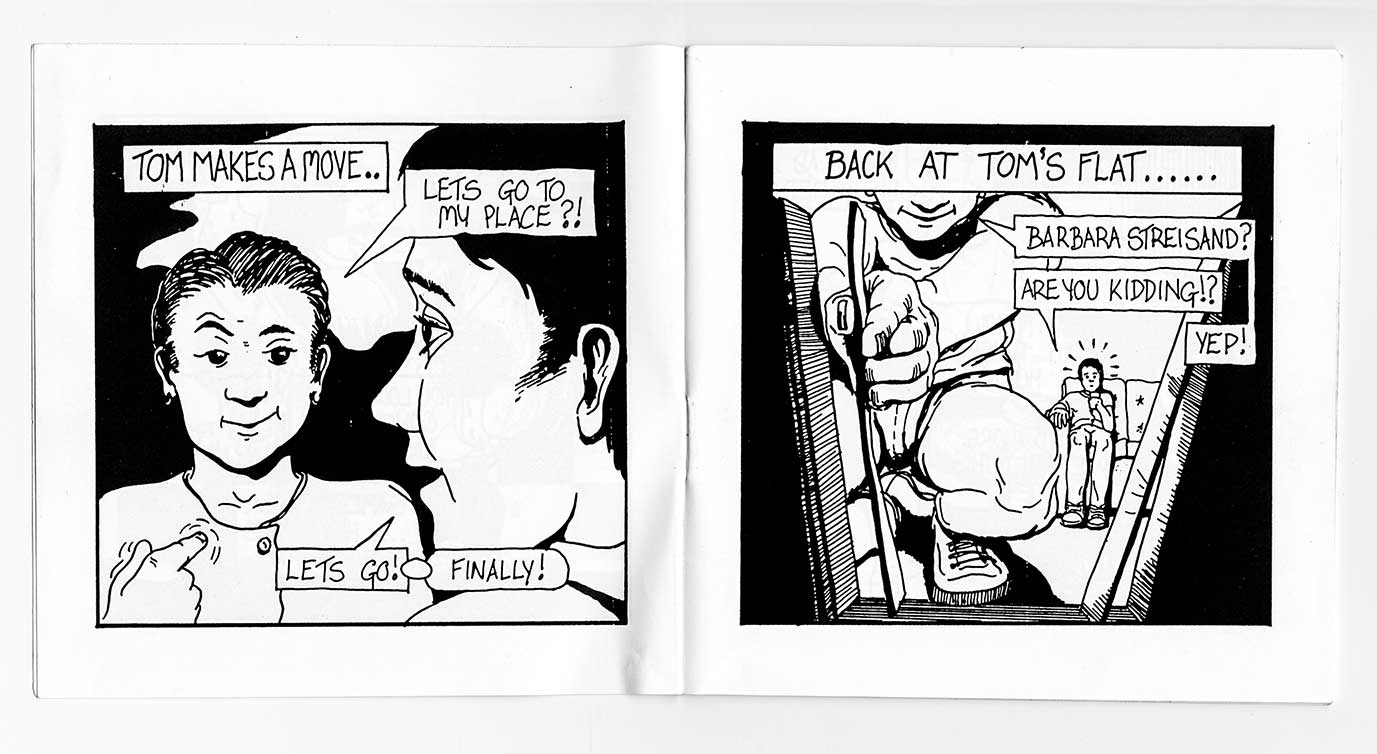 I wanted to make an anecdotal contribution/salute/thanks to Brutal Gallery who unknowingly and fortuitously happened to display a significant example of my (unattributed) art in 1990/91. I knew of Rebekah and David who were both students at QCA while I was doing one of my stints there as a technical assistant/ tutor.

Over most of latter 1988 and early 1989 I was commissioned as a freelance artist by QLD AIDS Council (QUAC) to design and produce several forms of informative and promotional material directed primarily at educating and providing positive recognition of gay male youth. There existed a gay youth group called Toehold directly initiated and auspiced by QUAC with whom I collaborated and consulted with for ideas and inspiration.

Due to the success of this work, in mid-1989, I was approached collaboratively by QUAC and AFAO (Australian Federation of AIDS Organisations) to workshop, design, draw, and produce a series of three graphic comic booklets aimed at educating gay male youth on (the then cultural, political, and hysterical sanctioned view) of ‘safe’ sexual practises. The project directive was that the comic booklets would be distributed nationally and that they would be controversially targeted at under 18 year-olds …. and be very explicit in their content (image and language). I somewhat tentatively agreed to take on the project having never really conceptualised or drawn a comic book in my life, let alone three.

The storyline and dialogue was completely dictated to me by QUAC and AFAO. Every single page of art and dialogue had to be work-shopped in numerous meetings and approved by the powers that were; which involved photocopying and mailing copies to AFAO headquarters in Canberra and awaiting their approval or criticism before finalising. The project turned into a huge prolonged agonising saga that eventually and literally drained every ounce of creative enthusiasm from me. All artwork/text was laboriously created by me in pen and ink and there were 27 pages/illustrations to each of the three booklets.

By the time I had completed the three comic booklets the two major project managers of both QUAC and AFAO in Brisbane had resigned from their organisations and I was left dealing indirectly with people behind desks in Canberra. Eventually I was unceremoniously informed that the project had been ‘canned’ and would not be going to print. I was told one of the major inhibiting factors was that the Australian Classification Board’s refusal to approve the distribution of such explicit adult material to people under the age of eighteen, and only then if it was distributed in sealed bags with appropriate warnings.

I assumed that this was the bitter end but perhaps a year or more later (uncertain of chronology) a friend, I think Brendan Smith( from memory), informed me that they had been to Brutal and had found printed copies of my comic booklets displayed at the front desk there. I was dubious but visited and found, yes indeed, AFAO had eventually just gone ahead and printed the three booklets, reproduced from the crappy photocopies sent to Canberra for approval (I had stipulated that I kept original artwork at all times) without any recognition to me, the artist, or any other individual involved in the project. The comic booklet covers were which were originally intended to be graphic full-colour had also been reproduced from the 5-minute monochromatic rough mock-ups that had also been sent for initial approval.

And although all this was initially very shocking, insulting and disappointing to me (but hardly a new experience, except on scale) …. if it hadn’t been for Brutal I doubt whether I would ever have known at the very least my work HAD been published.

In 1989 when I was working on this national project, homosexuality was still a criminal offence in QLD, Tasmania, and Western Australia …. which would have been a contributing factor to the project being buried.

“…Private consensual sex between adult males has been legal since 1990…” 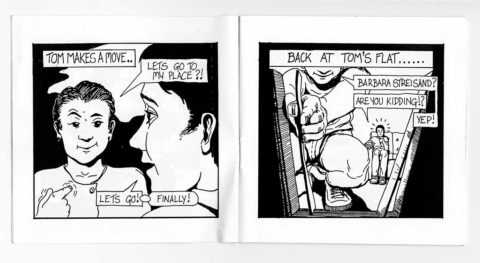 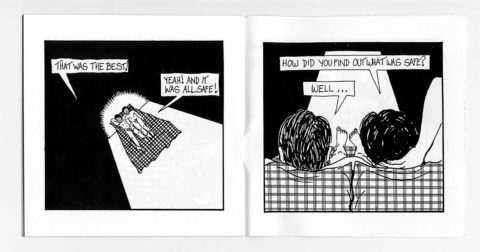 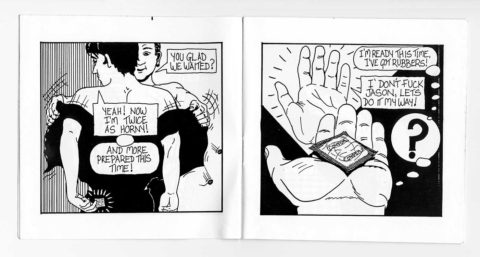 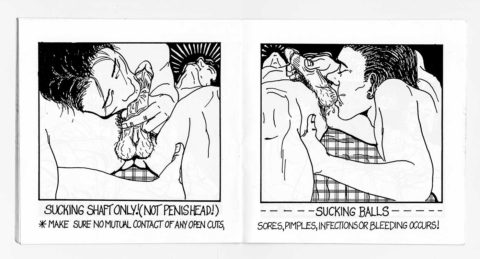