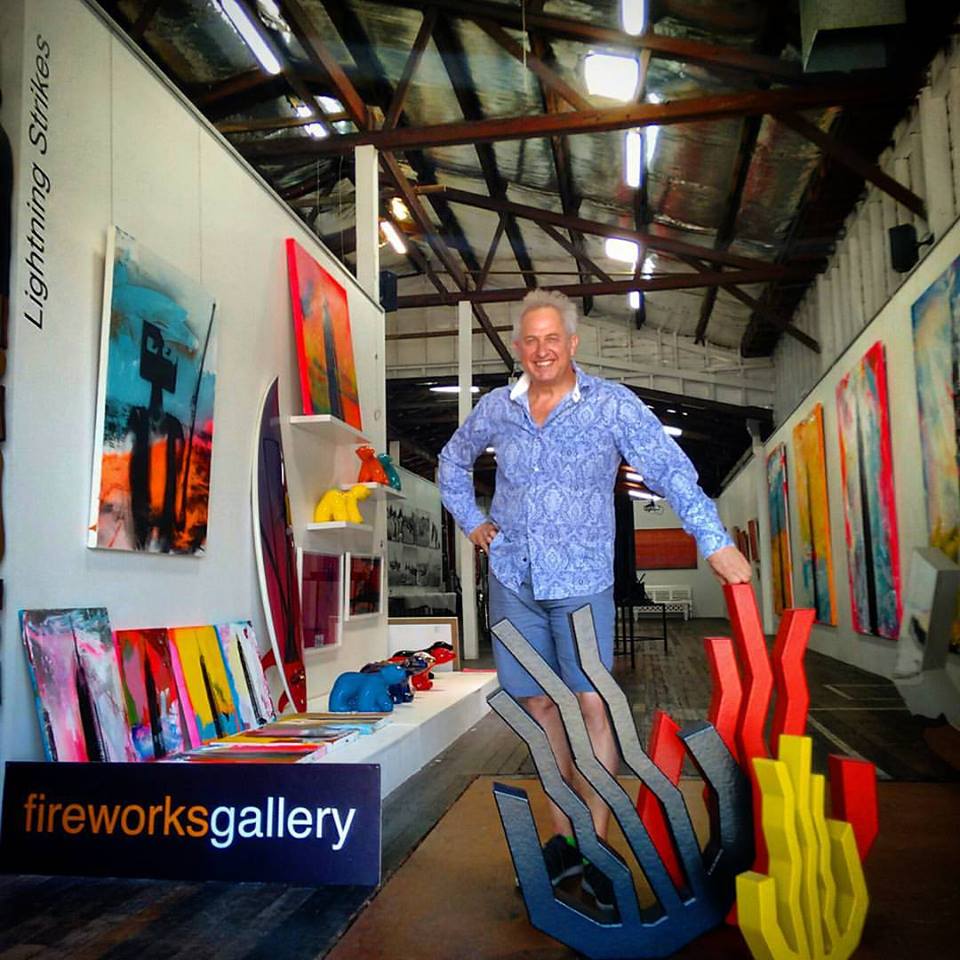 Artist and Fireworks Gallery Director Michael Eather was an active participant in the 1980-1990 Artist-run scene and this month he is featuring new works by Scott Redford. Scott was a collaborator on the artist-run A.G.O.W in Brisbane from 1989-1993 (circa).

“…for art to have substantial and credible traction on anything beyond or larger than itself, it is necessary to exit contemporary art.”

These works are deliberately populist. They belong to my series dedicated to images and ideas about The Gold Coast. The works needed to be populist to emulate the visual style and appeal of The Gold Coast. In some respects my earlier 80s”black” construction works could be seen as the dystopia to my current utopia.

In these works I am not critical at all of The Gold Coast. My affirmative embrace of the much maligned Australian city (Australia’s sixth biggest city) was always meant by me to inherently contain a “LEVER” against the of so-called official culture in Australia. In the manner of Warhol, Murakami and Koons et al, the underlying basis of my gestures has been polemical. Some make shallow criticisms of my “big, glossy” polar bear works BUT those works are glossy for a deliberate reason.

Fine Art is an aristocratic medium, it is inherently elitist. Contemporary Art has become radically homogenous, it all looks the same, it is all “pluralist”. This is Contemporary Art’s “style”, its look. In 50 years we will know the work of the Contemporary Art epoch just as we now recognise Art Deco or Modernist. However Post Contemporary may still look like Contemporary Art as CA looks like everything else in the world. The real new art and the real new artists are to be found on the internet and Social Media, increasingly we see their art on the evening news and the mass media.

Contemporary Art will end and the rise of the consumer/ producer is with us. And yet The Gold Coast always remains the same, it’s own shallow self. 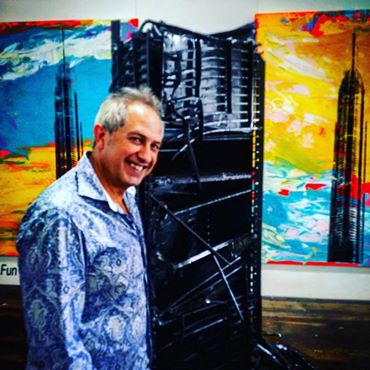 FireWorks Gallery – known for exhibiting and promoting artworks by some of Australia’s best contemporary artists – is nestled in the art and design hub on Doggett Street, Newstead.

Artworks are sourced from across Australia and showcased through exhibitions. Unique collections – private and corporate – are built featuring contemporary works from established and emerging artists, Indigenous and non-Indigenous. FireWorks emerged as a commercial gallery space in Brisbane in 1993, following the networks of Campfire Group consultancies and collaborative projects that began in 1987.

A desire to present artworks by Indigenous and non-Indigenous artists alongside each other has been a constant theme underpinning the gallery’s exhibition program and associated projects. Director of FireWorks Gallery, Michael Eather, comments: Remarkably, the premise of cultural collision—originally cloaked in political and educational contexts of artists’ shared influences—still seems as relevant today as it did some thirty years ago.