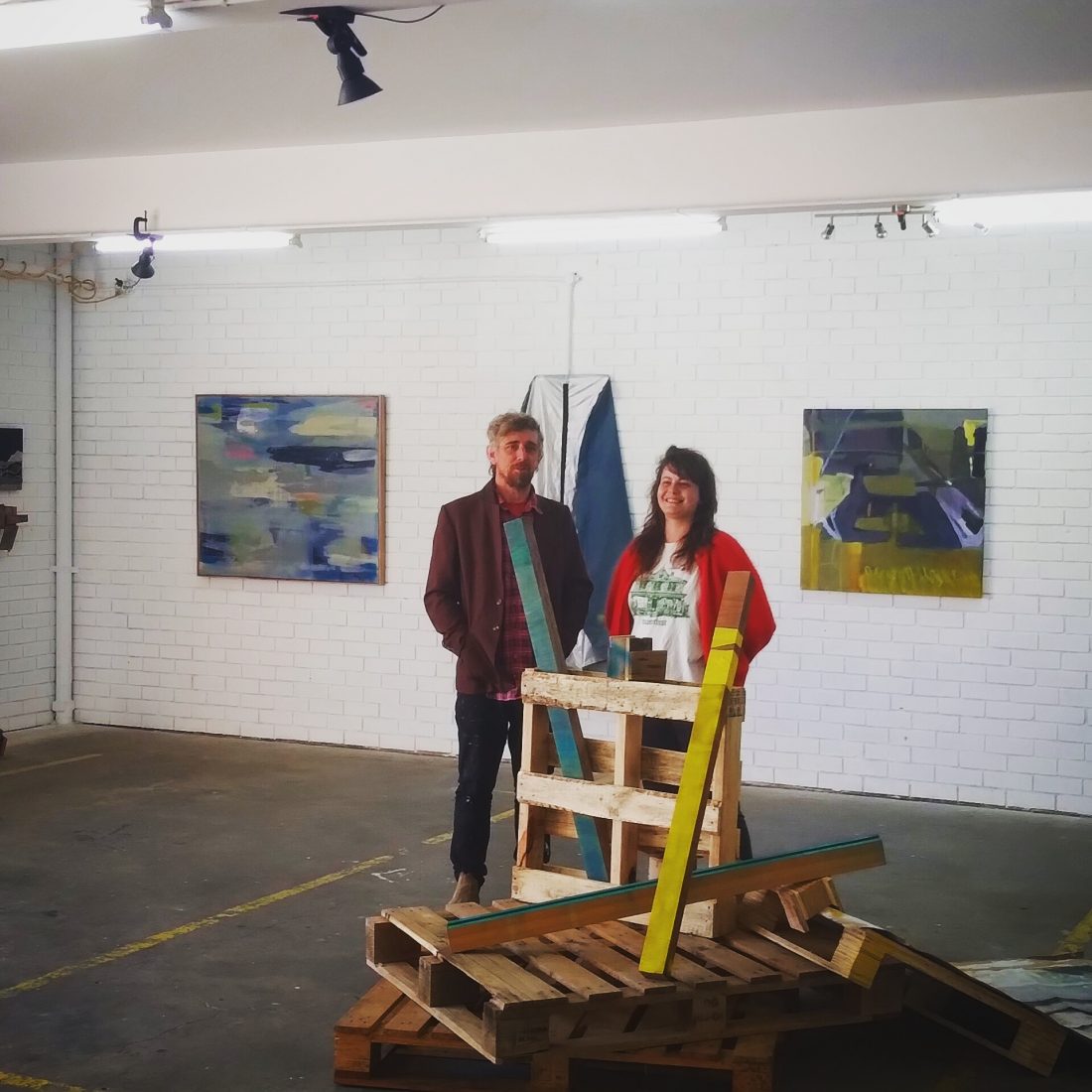 ARIs are in the Quadrangle | Lismore’s Quad is growing stronger, more inclusive with expanded open-dialogue in 2020-2021

Lismore is a city located in north eastern New South Wales, Australia. Like Murwillumbah it’s a regional centre in the Northern Rivers region of the State and lies in the Bundjalung people’s nation area. Lismore is often celebrated for its social inclusivity, creativity and cultural diversity often demonstrated through its plethora of community groups and it’s thriving arts and cultural scene. For many queer creatives, myself included it is also celebrated as a rainbow region due largely to what many locals consider the largest queer population living outside of Australian capitals and the important and ongoing region-specific role of the LGBTQIA+ Tropical Fruits not for profit events organisation established in Lismore in 1988.

For me, arriving in Lismore this year has been made possible thanks to a memory rich meandering road trip by bus from Murwillumbah, through Uki, the foothills of Wollumbin, Nimbin, arguably the rainbow heartland where the regions journey into LGBTQI+ activism and social acceptance began at the Nimbin Aquarius Festival in 1973, a road journey brimming with evocative recollections. This green eroded caldera place always transports me to my childhood during the counter-cultural 1970s when my family travelled often throughout this region. Thanks to mum it is also a place we learned at that time where the Women’s Lands emerged, memories of passing alongside VW Kombis vans and love bugs festooned with love hearts, flowers and peace symbols festooned with all types of vivid street art strewn through political slogans like Aboriginal Lib, Land Rights Now, Women’s Lib, Gay Lib, End the Vietnam War,  Make Love Not War and Ban the Bomb. I also remember leagues of protestors arriving in the region for the Terania Creek community uprising and Rainforest Protest Movement in 1979. For me this cultural heritage of dissent prevails and for many living and working in this fecund Northern Rivers region its an important place of ongoing protest, thinking outside the square, social and environmental change.

Located in the centre of Lismore itself is the Lismore Quadrangle, or Lismore Quad as it is locally renowned. It opened in late 2017. It is a cluster of arts and cultural sites including the Northern Rivers Conservatorium, Lismore Library and the Lismore Regional Gallery where much cultural and intellectual activity unfolds. The gallery is particularly well known and often well represented in the mainstream media as the home to The Hannah Cabinet. This gallery was established on its previous site in Magellan Street in 1953, and at the time was opened by artist (painter and photographer), and then Director of the Art Gallery of NSW Hal Missingham. it provides an important space and meeting place for contemporary artists and traditional artists alike, whether local, national and international.

However, this wintry artist researcher trip to the Tweed and Northern Rivers region is about gaining added insight into current grassroots elements of DIY not-for-profit artist-run activities. Activities intersecting locally in region-specific arts precincts alongside local ‘mainstream’ arts institutions. The artist-run model is an ongoing one and generally, although not always, as a not-for-profit model arguably it never sits still, it engages with different temporalities, it is always a site for informal people-centred collaborations, for fluid and open-ended community engagements, lively dissent and bold, creative risk taking. These artist-run models vary and are infinitely variable, which is perhaps, in part, what makes them so alluring. They include and represent all types of experimental artistic practices, from LGBTQIA+, diasporic, indigenous and culturally diverse artists and their kinship communities, in their public programs, in their self-publishing ventures, forums and are often comprehensively documented in their cascading social media narratives.

It’s a balmy winters day in ‘the wok’ (a nickname many like to call this particular caldera place, often due to how extremely hot and humid Lismore gets in the summer ) when I meet up with long-term colleague Joanna Kambourian, an Australian born designer, printmaker and visual artist of Armenian heritage and a new colleague, Erica Gully, an Australian artist with long term interest and involvement in Public Art strategies including Street Art at the newish and friendly The Pickled Herd coffee shop located in the Summerland Arcade. The café describes its cornucopia of healthy fare as a “continual collaboration of the best market produce” and Erica kindly recommends an icy lemon and elderflower spritz to awaken and refresh me after the bumpy road trip from Nimbin. Its a heavenly imbibe and much needed.

We head back to the artist’s spacious artist’s studio nearby in a newly reactivated shop front building shared with their peers Robyn, a visual artist and Kylie Gartside, an Australian Maker, jeweler, educator and collector. Over the course of the afternoon Joanna and Erica provide an impassioned and detailed overview of their current community-based collaboration, the Back Alley Gallery.

Now in its tenth year of operation the Back Alley Gallery plays an important local public art and artist networking for street artists networking role in this creative city, and in the Northern Rivers region more broadly. The artists explain that the Back Alley Gallery is designed to be an ongoing, friendly, non-competitive and welcoming community street art project. It is conceptualised as being both intersectional in and across the back alleys of Lismore in all manner of public spaces ripe for transformation, with artists and non-artists alike and in an ongoing and focused open dialogue within the local arts community . A key aim of their initiative is to showcase artwork from local, national and international graffiti and street artists who are not generally included in mainstream contemporary art exhibition programs.

Joanna and Erica add that “B.A.G” as it is fondly known to locals aims to be a place of community-led connectedness and ongoing evolutions, they say it’s “more than just a space, the Back Alley Gallery is a collective of people with a passion for public art, exploring ways public space can be used as a canvas to foster and grow ownership, belonging and connection”.

Currently underway and a major focus of the artists this winter are a series of new back alley street art works and actions in progress this winter and the launch of their new web site which announces past, present and emerging  B.A.G. projects.

This artist-led, community-based and exploratory ethos shares an affinity with two new artist-run initiatives situated alongside/inside the Lismore Quad. Co-founded by Betty Russ and Michael Donnelly Elevator ARI, is a sprawling reactivated university accommodation building and is located at 12 Rural Street. The artists mention they are at the very cusp of celebrating its first birthday of contemporary art activities. It has a lively artist studio upstairs and a courtyard out back where many openings and events take place.

And more recently again is the ‘small space’ artist-run Arch Studio Gallery co-founded by Claudie Frock and friends. This enchanted space is located In the Lismore Quad under the Northern Rivers Conservatorium. It is easily found at 152 Keen St, Lismore NSW.

Each of these artists cite, in similar and different ways how empowering and ennobling it feels for them to experience the Lismore Quad expanding in delightful, and often surprising ways. They consider that the quad is opening up now with so many artists and so many community-led overlaps co-occurring. Overlaps and intersections that serve to significantly enrich the original and largely institutional quadrangle concept in 2021 and 2021. They suggest that this is happening despite the ongoing challenges of Covid, and perhaps more significantly for artist-run social enterprises experiencing the commonly experienced everyday and ongoing challenges of artistic precariats everywhere and everywhen, is the shared feeling that these Lismore community-led labours of love, passion and shared enthusiasm can prevail, despite many odds.

We are planning to post a small selection of artist interviews from this recent ARI Remix artist researcher trip over coming weeks. Thanks for reading. An arts travelogue written by Paul Andrew, artist and Ari Remix DIY coordinator, Northern Rivers May June 2021. 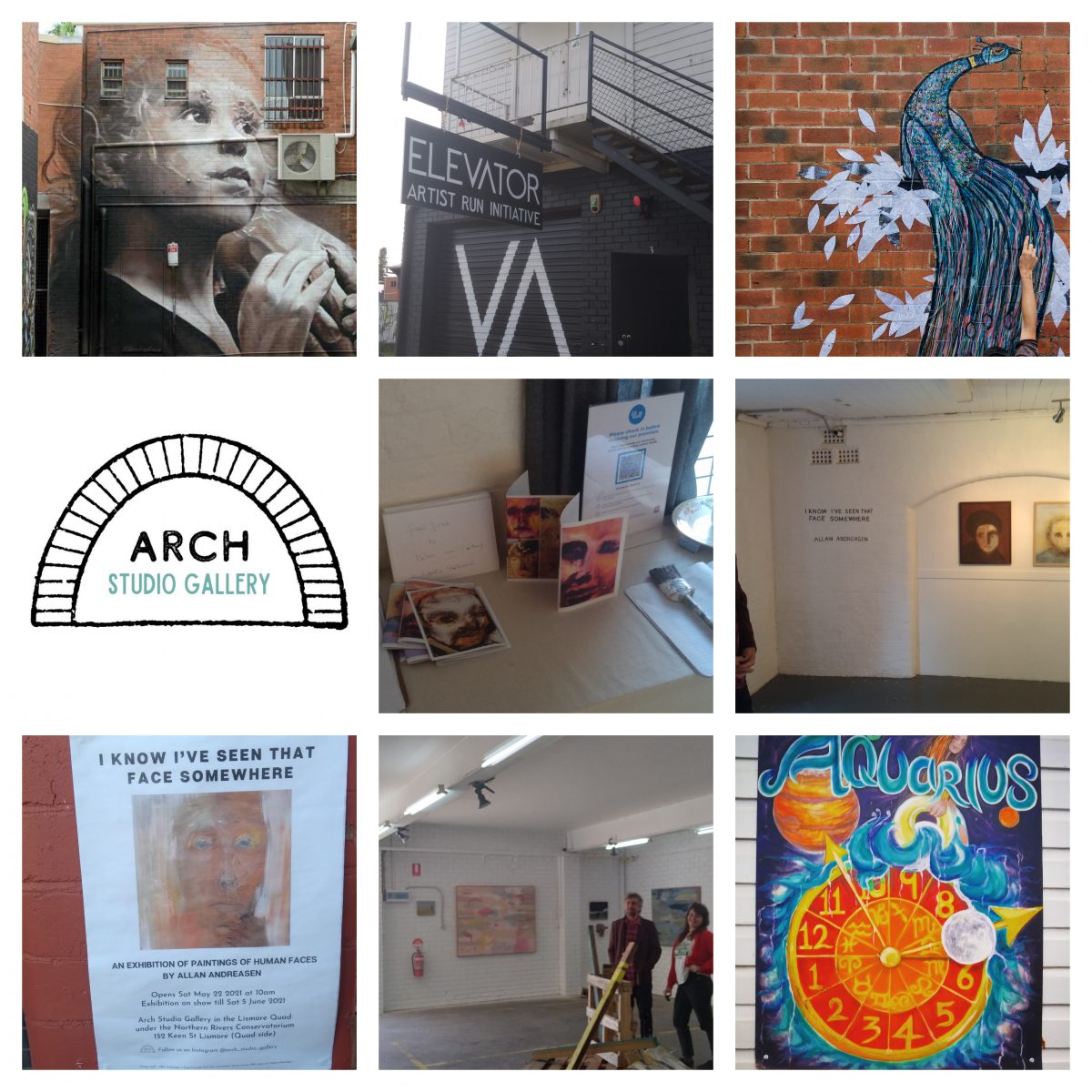