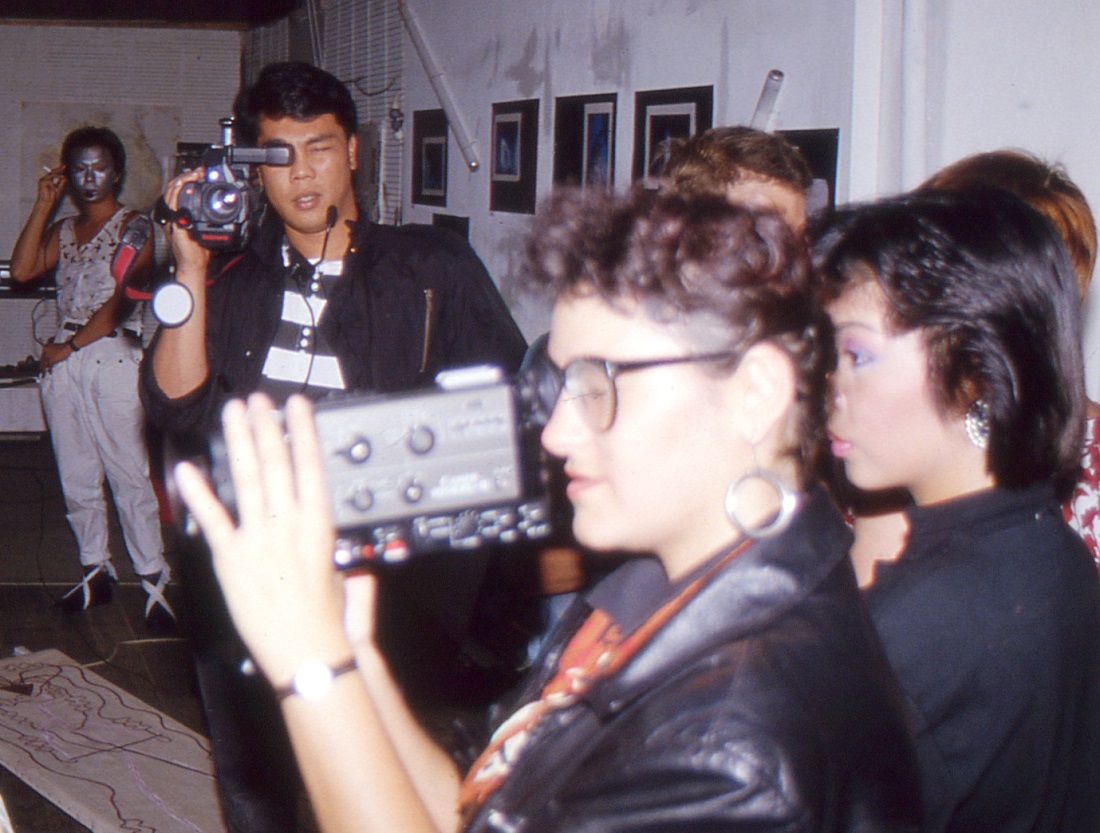 “John Mills National (JMN), which was established in November 1986 by Virginia Barratt and Adam Boyd, had a primary focus on performance art, though exhibitions of work in other media were also held. Located in the John Mills building at 40 Charlotte Street, the space was previously used for artists’ studios and was originally a printery. Artists who exhibited or performed at JMN included the two directors, plus Kate White, Brian Doherty, Russell Lake, Lehan Ramsay, Dale Chapman, Hiram To, Tim Gruchy, Sheridan Kennedy, Malcolm Enright, Eugene Carchesio, Jose Macalino, Steven Grainger, Hollie, Cernak and many others, with activities often spilling onto the street outside. Artworks were also presented adjacent to the gallery entrance using a small light-box, which was named ‘John Mills Annex’; this micro gallery has recently been restored, and is included within this exhibition.

JMN presented two focused performance seasons and, in October 1987, a weekend forum on performance. Given Boyd’s link to the ephemeral and performative activities of One Flat/O’Flate, and Barratt’s primary work in performance, the space is unsurprisingly most well-known for this aspect of its program. However, after almost 30 years, a significant amount of the documentation of the performance activity that took place has either been lost or remains to be located, collected and documented. While many performances were documented, many were not, or at least not with an eye to anything other than a general record, and little (if any) of the performance documentation from this space has entered public collections. Moreover, JMN artists often resisted treating this material as a commodity, with the focus placed firmly on the activity itself. In comparison, a significant body of ephemera remains and clearly demonstrates that performance was a central aspect of artist-run spaces across this period in Brisbane; relocating and preserving the photographic and video trace of this activity remains a work in progress.”

A brief history of bubbles …

A brief history of bubbles …

Around The World Your Own Way

Around The World Your Own Way