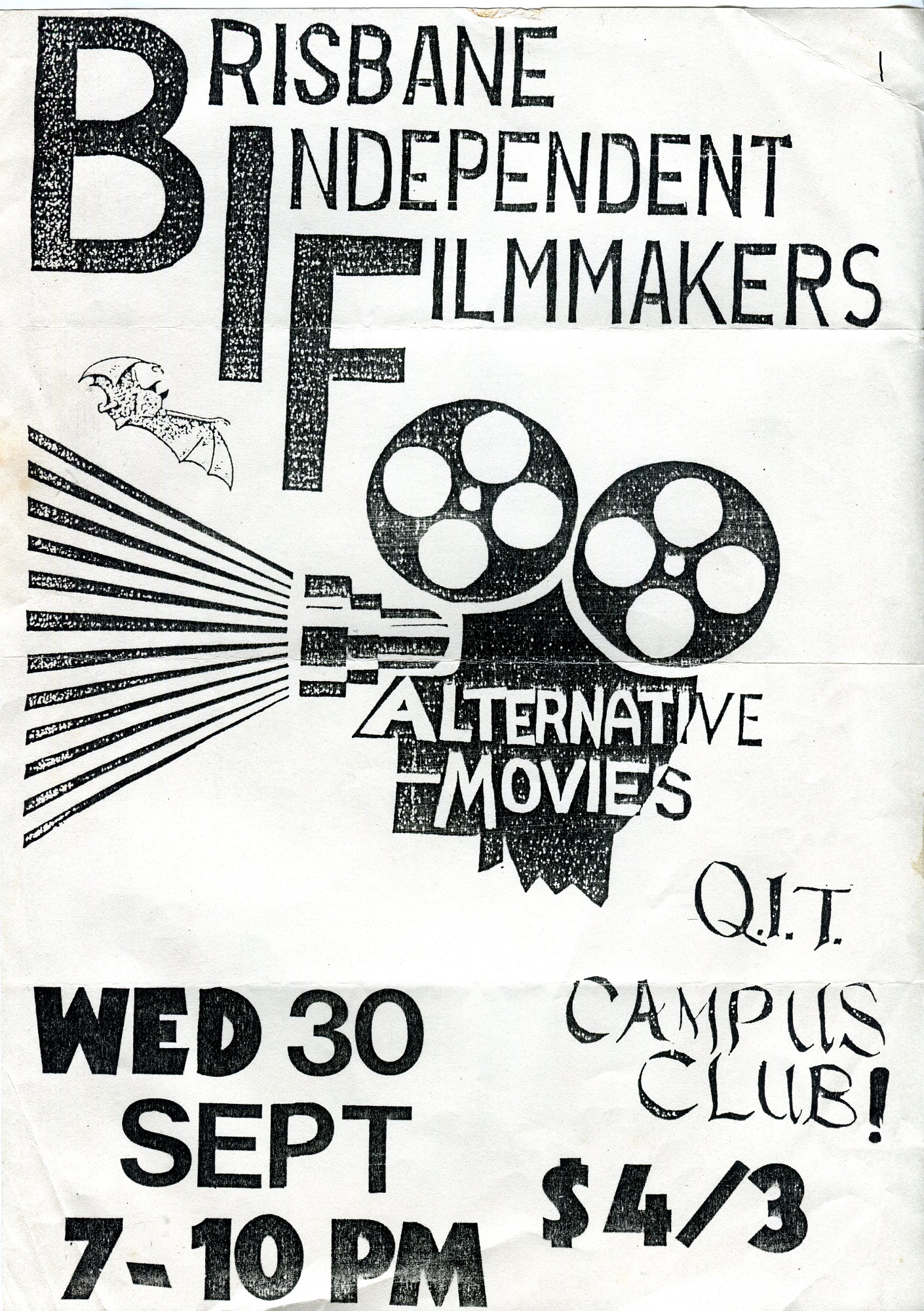 Over the twenty years of the timespan of the ARI Remix Project, my contribution to artist-run culture was as follows:

In 1980 I was an enthusiastic member of the Brisbane Independent Filmmakers where I was learning to make Super 8 films. I remember preparing my application to study at Swinburne Institute of Technology (now VCA) and Larry Zetlin one of the founding members of BIF, write me a reference. At that time, there was nowhere to learn filmmaking as a professional. I was successful with the application and spent 1981 living in St Kilda (across the road from the brilliant animator Denis Tupicoff) and studying at the campus in Hawthorn with the late and great Peter Tammer, Nigel Buesst and inspiring head of school and scriptwriting mentor, Brian Robinson.

In 1982 I returned to Brisbane and started work at the Production Services Branch of the Queensland Education Department writing, directing and producing radio and video programs for use in classrooms and as in-service programs for teachers. I continued my involvement in independent filmmaking as President of BIF and with the team organised and hosted the Commonwealth Film Festival in 1982 at the Yellow Door Cinema in Edward Street.

When I was also elected President of WIFT we applied for, and were successful in obtaining funding to the Australian Film Commission for an American writer living in Brisbane at that time, Julie Sherman, to work collaboratively with us to write a short film about a creative young woman trying to break into the male-dominated world of television production – ‘A Woman’s Touch’.