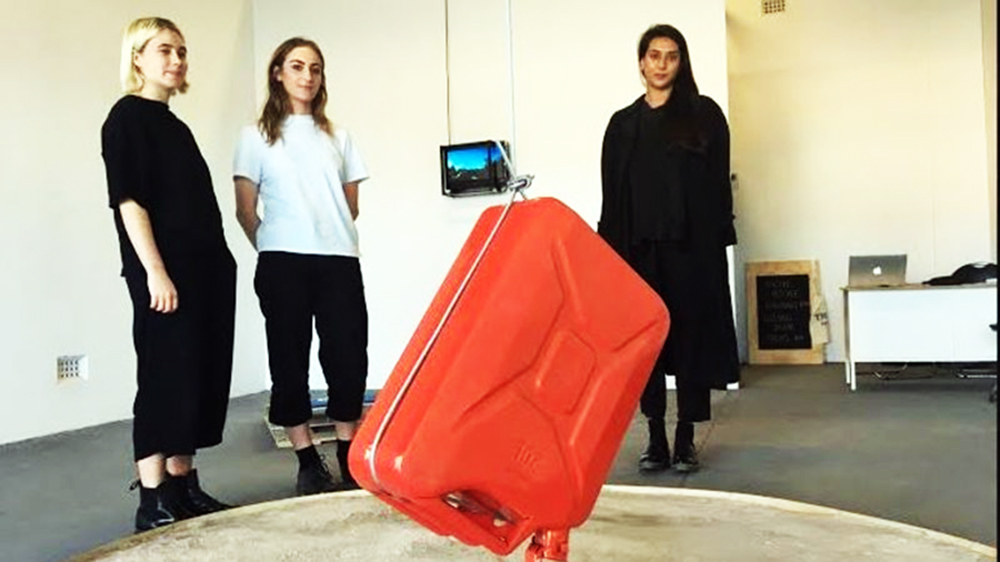 They say a city which does not learn from its past is destined to repeat its mistakes.

As Brisbane begins to look again at replacing the god-awful Brisbane Transit Centre and the “dead zone” near Roma Street, its planners could do worse than visit an exhibition at the University of Queensland’s art gallery.

That art exhibition, ephemeral traces, highlights a creative buoyant time (1982-1992) in George Street Brisbane, before and after a major section of the inner-city Brisbane was demolished 30 years ago in 1986.

Those artist-run spaces – sometimes in someone’s apartment, sometimes a room in an old building – were the places for Brisbane’s young, creative and restless for almost a decade.

Their artistic haunts were in the demolished triangle of the old George and Turbot, Roma and Little Roma streets, plus the Elizabeth and Charlotte streets section of Brisbane.

The old country town-esque feel of inner-city Brisbane was shaken by Brisbane’s 1982 Commonwealth Games, then the push to get ready for World Expo 88 at “South Brisbane” and then, to live beyond both.

George Street’s RedComb House became a de-facto gallery, practice room, performance space and arts centre until it was demolished in 1984 for the new Police Headquarters in Roma Street.

South Bank was yet to become South Bank. It was still South Brisbane.

It was the time of the real birth of Brisbane as a New World City, but no-one knew it at the time.

What happened in George Street

Those artist-run spaces spawned artists with big ideas. It was similar to punk in its ‘do-it-yourself attitude’, but different people (with exceptions), with different ways of delivering the product.

Weird and wonderful music was created. Some became small legends; some grew to become big legends. Most flared brightly, briefly and burned out.

Performances were videotaped, lost and found. Posters were kept and stored. Film clips made.

And then in 1986 the George Street buildings were demolished. By the mid-1990s, Charlotte Street changed. The times changed again.

Daniel Templeman’s sculpture, Confluence (2004), outside the new magistrates building and Fiona Foley’s sculpture Witness to Silence (2004), cry for attention. Lettering on Fiona’s showing 94 indigenous massacres is already wearing away. The modern architecture is George Street is its most striking art form. But some should go.

“95% of artists leave Brisbane. Why don’t you?” it read in big, black letters.

“While this figure was not statistically accurate, it often seemed that way,” he said.

“The graffiti was a fleeting gesture, but one that left its traces in the archive.”

There were a hundred influences. In 1975 Brisbane’s first Institute of Modern Art opened, radio station 4ZZZ began transmitting and Griffith University had its first students.

By 1976, The Saints had recorded I’m Stranded – last weekend 40 years ago – and there was an exhibition called Brisbane Painters Today at the new Institute of Modern Art.

In 1977, 400 people – mainly students – were arrested at a single street march protest about civil liberties in Brisbane.

Artist Matt Mawson – part of the emerging Zip Collective – captured the time in a police-blue poster (1979) called “Keep in Step”, in a widely-copied poster style that pushed the image of punk, pop and new exhibitionism that was taken up by 4ZZZ.

Screen print artist and musician John Willsteed’s band and gig posters were already the musical Facebook of their time.

By 1980 automatic teller machines were introduced, the first personal computers were introduced, more students were arrested and buildings were demolished (1981-1982, 1986) and Madonna, The Saints and The Clash had shaken the world by appealing to different parts of the body.

And by 1982 big new art museums were built at South Brisbane, while on the other side of the river Brisbane was dancing to artists (Tim Gruchy) with ironing boards strapped to their backs in tiny little galleries.

University of Queensland’s digital curator Sebastian Moody said the biggest impact of the Ephemeral Traces exhibition was on young artists.

“The really strong reaction is from young cultural practitioners today getting to see a part of Brisbane’s history that might have known existed, but they did not know anything about,” Mr Moody said.

“So that has been amazing for them to put themselves in a cultural lineage,” he said.

Mainly, they exhibit their new artworks inside a truck which is driven to the location because it is cheaper, faster and more immediate than exhibiting in a gallery. Social media lets their fans know where they will exhibit. It is the 2016 version of 1986’s flyers, posters and leaflets.

“It is like this ongoing conversation with the space, with us and other ARI’s and how we work around the space together.”

Both young artists went to the opening of ephemeral spaces.

“It was really special, just to know that we are developing along this long history in Brisbane,” the pair said.

“And a lot of the same issues for having spaces that we have now – funding cuts – and it was just the terrible funding cuts to BoxCopy,” Naomi said.