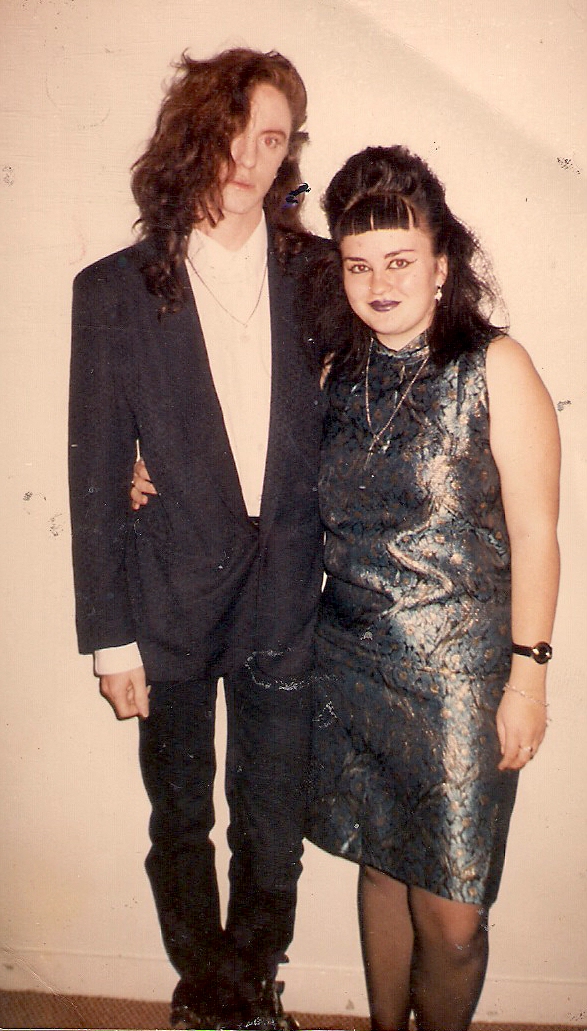 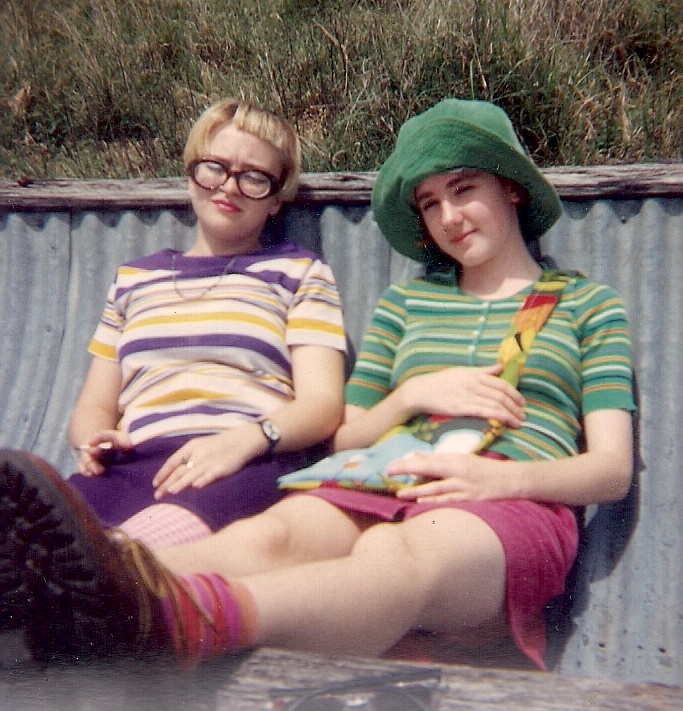 The following transcript is taken from the Digital Story produced by the QAHC LGBT History Action Group for the 2010 award winning ‘Prejudice & Pride’ exhibition at the Museum of Brisbane. They were supported by the Brisbane City Council and Department of Communities, Qld Government.

“Bisexuality: Piss Everyone Off” was a badge slogan I wrote in 1989 during the University of Queensland’s campaign for gay law reform.

I began my performance art practice in 1992 under the premise of performance art being anti-consumerist; unable to be bought or sold. My aim was to make art which challenged bigotry and prejudice, especially homophobia, and to generate debate and discussion of political issues.

I was inspired by Mark Wilson, Hairy Dog designer, I modelled in his clothing parades until his death (by an alleged gay bashing) in 1995. My first spoken word performance was an impromptu act at FAG BAR, a club run by Gavin Waller, who died of a brain tumour in 2009. My first booked show was at Isn’t Studios in 1992 and my first Wonder Woman costume was created based on a corset given to me by Isn’t Directer Christine Ploetz.

The art world immediately declared my performance art “too much like theatre”, meanwhile I kept turning down acting roles because I was only interested in performing my own writing. Thus writing festivals and cabarets began to book me, but later declared my work “too arty and too political”. University Student Unions booked me for events often categorising me as a ‘poet’ – a label I loathed even more than ‘actor’. I first performed as a Drag King in 1995, and continue to do so as David Bowie, Frank Sinatra and Glen Campbell.

My famous 1994 performance ‘Thank-you’, where, dressed as Wonder Woman, I vacuumed the Queen Street Mall, was done as a joke on the newly installed video cameras. The Mall was confused I was not asking for money, nor was I busking, so they allowed the performance as long as I did not speak.

My work uses popular culture and mythological characters like Barbie and Lillith. Factions in the feminist community rejected me because my photographs showed too much flesh, that is until they heard me speak and realised the irony.

In 1996 I did some high school teaching jobs and one day minded another teacher’s class for ten minutes, the next day I was accused of explaining homosexuality to the students, and later sued for thousands of dollars as they dragged my art practice and my ‘moral’ character through the mud. Ironically in 2007 I was featured, in my Wonder Woman costume, on a Children’s Charity calender, while I was still in debt over the false allegations.

I turned my anger, over being slandered, into creating a cabaret called Art Love Jam designed to unite the queer community and avant garde arts. Art Love Jam, between 1998 and 2001, succeeded in generating publicity in the mainstream press using the theme of love.

Between 2000 and 2009 I wrote my Sheroes columns (about strong women and camp men) for Queensland Pride Newspaper under editor Iain Clacher who died of a heart attack in 2009.

In 2006 I performed my first one woman show ‘Kick Kiss Kill’ as Wonder Woman, Barbie, and Lillith. Critics declared it too intellectual and political and put me down for having two Masters degrees. I’m glad people still argue about the meaning of my work. Thank You.

Thesis: Novel entitled The Lure of Happiness: a story about love, hate and hair;

Thesis: Barbie and the Merchandising of Femininity and Childhood