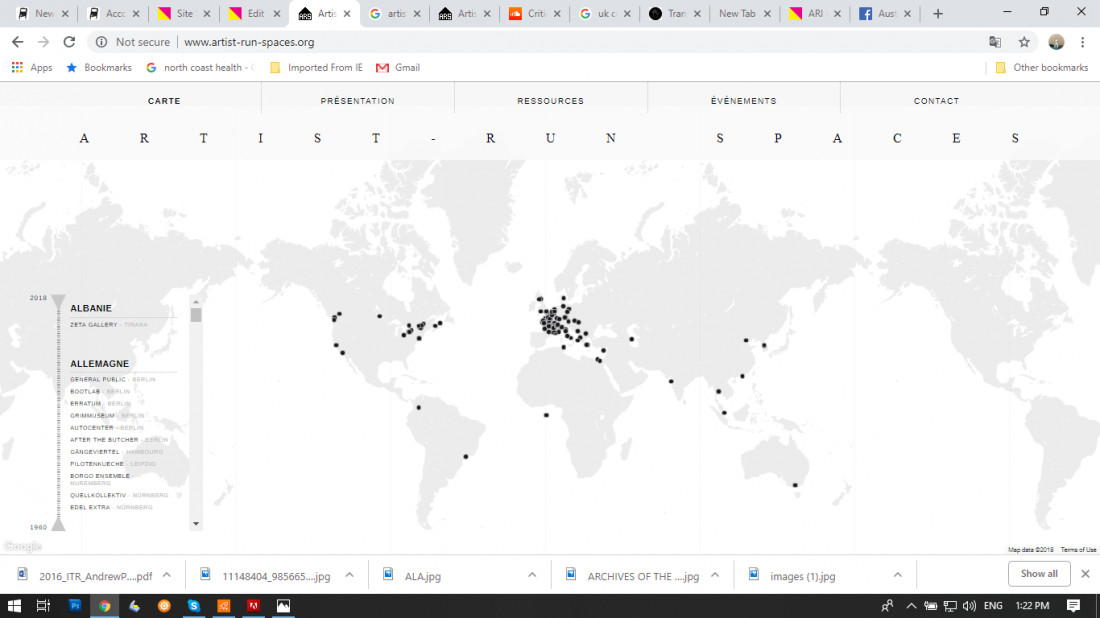 Artist-run spaces *
* Exhibition spaces opened and managed by artists, the Artist-run spaces have initiated a movement of reappropriation and experimentation of spaces dedicated to art since the end of the 1960s.

OBJECTIVE OF THE SITE

NETWORKING ARTIST-RUN SPACES
The setting up of a collective platform allows online to reveal the initiatives of artists from the 60s to the present day on a global scale. The main challenge of structuring the Artist-run spaces network is to intensify the dynamism of exchanges between collectives while enhancing the visibility and singularity of each initiative. Each of the structures bears the seeds of the artists’ response to the artistic context, the renewal of politics and the economy of the cultural sector over the last thirty years. The question of Artist-run spaces is above all a social phenomenon built by its own actors.

THE CHALLENGES OF STRUCTURING A NETWORK
The networking of the Artist-run spaces does not propose to “label” the structures that can answer to what is an Artist-run spaces, but rather to bring a new readability to this original and alternative form of production and production. diffusion of contemporary art. It is also not a question of standardizing the practices and issues specific to each project area, but rather to highlight its influence and the different forms of organization.

In 2013, artist-run-spaces.org initiated by Sabrina Issa with the GLASSBOX team, was supported by the DRAC Ile-de-France, the Ministry of Culture and Communication, the City of Paris and of the city hall of the 11th district of Paris, action financed by the Île-de-France Region.

WE SUGGEST A SPACE
arspaces[at]gmx.fr