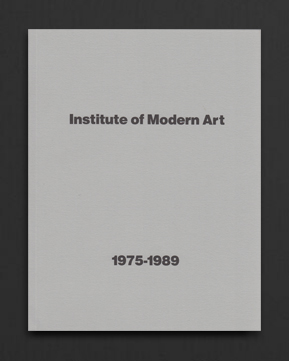 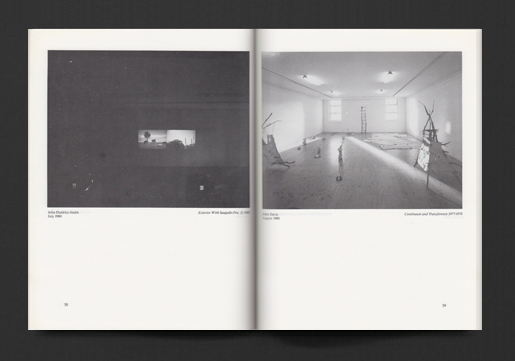 “This publication documents the history of the Institute of Modern Art, Brisbane from its inception in 1975 until the present day (1989). In doing so, it provides a partial record, both visual and verbal, of the life of one particular institution and an insight into a ﬁfteen year history of exhibition-making within contemporary art. There can be no doubt that “Contemporary Art Spaces” (previously institutions such as the IMA were known as “alternative spaces”) have a crucial and unique role in supporting and developing contemporary art and curatorial practices within Australia. As the photographs of exhibitions, and the essays in this publication show, the Institute has played a signiﬁcant role over its ﬁfteen years as a venue not only for the exhibition of art that is being made in Brisbane itself, but also that of artists working elsewhere in Australia and overseas. It is worth remembering too that the Institute is the second oldest of the Contemporary Art Spaces in Australia. With this in mind, the Institute’s archive, from which this publication has been drawn, becomes a valuable resource in the study of recent art. The photographs published here oﬁer a visual record of individual works by many contemporary artists, a number of which may not have been published elsewhere. It is hoped therefore, that this publication might fruitfully be regarded as a source book from which more detailed projects of research can be undertaken. It is impossible in one publication to cover all of the activities and personalities, ideas, debates and discussions that have made up the life of the gallery. Alongside the exhibition program, the Institute has generated forums, lectures, ﬁlm screenings and publications as an important part of its activities…” 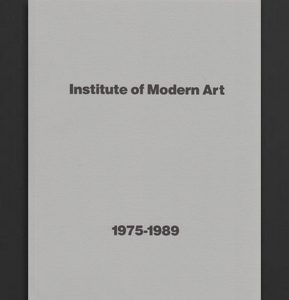 Examples of artists who were included in IMA exhibitions but are not included in this archival IMA publication for the period include: