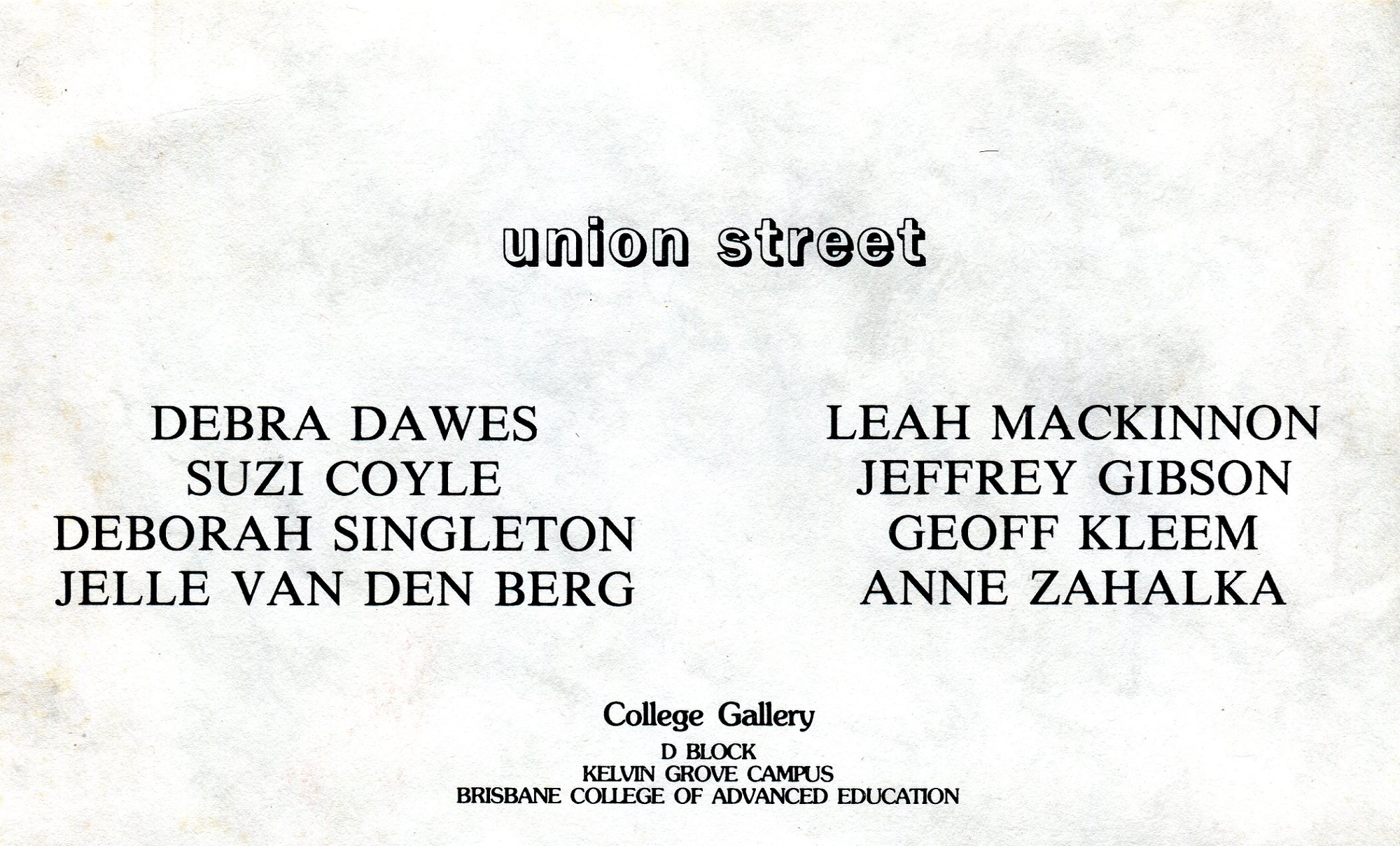 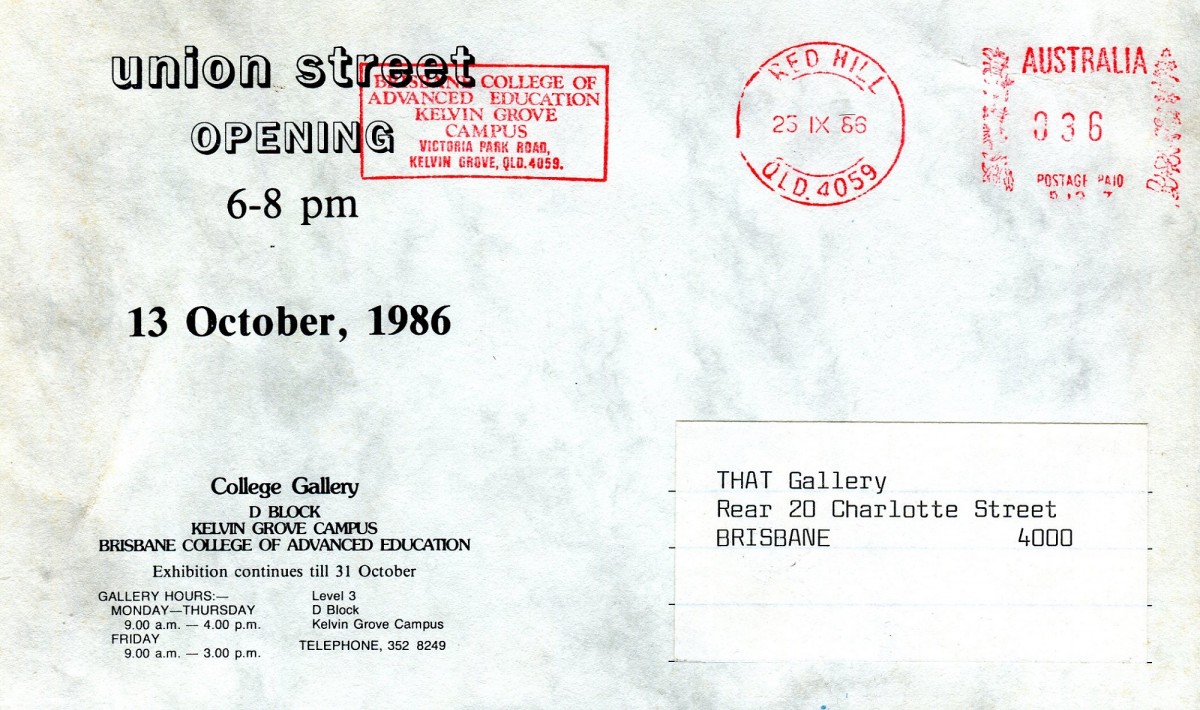 Author Sarah Lowndes elegantly describes examples of gestures of generosity and altruism that set the wheels in motion for artist-run social enterprises. Small acts of kindness at the intersections of art, music and publishing around the globe which often characterise the Do It Yourself (DIY) movement. For example, the author explains the DIY ethos in relation to artist-run initiatives and projects that are not oriented towards the art market; rather, that favour instead non-profit endeavours which embrace political, ethical and affective values and place a strong emphasis on social relationships and collaboration 1. More specifically, reading Sarah’s account about the poet Allen Ginsberg helping experimental composers Arthur Russell and Rhys Chatham secure a lease in New York’s East Village apartment in the 1970s, and provide access to electricity via a shared power cord between artist apartments – and graciously “giving someone a push” – reminds me of a small act of kindness provided by artist poet Jeff Gibson during a visit to the then newly opened That Contemporary Art Space in the sticky summer of 1985.

We were busy setting up That, an artist-run collective/ artist run space located in a fabulous light industrial warehouse in the unrelenting humidity at the rear of 20 Charlotte Street, in Brisbane Meeanjin. Establishing  an artist-run in a physical space is a big and complex task, and that day we were cleaning away eons of ossified pigeon poo, weeding the long forgotten and overgrown car park area, painting a large street sign for the building’s entry when Jeff walked slowly down the laneway beside the Pancake Manor to greet us at the door. Jeff was visiting family and friends in South East Queensland and was keen to come along to That Space; to visit kindred spirits and to see what we were up to, what we were planning, and what the localised artist-run pathway looked like at that particular cultural moment.

I recall now that Jeff often returned and stayed in Brisbane when visiting from Sydney in the good company of a mutual friend Jay Younger, also a long-term member of That Collective. I was terribly excited to meet Jeffery having heard so much about him from Jay, those little ditties about his anarchic indie music experiences and tireless activism work in founding artist-run spaces in Sydney in the early 1980s. Jay had conveyed many stories of their time together in the late 1970s early 1980s in Toowoomba, Jeffrey’s DIY punk band experiences, including playing in band with 4ZZZ and artist-run community member Kieran Knox in ‘The Sad Cases’, studying visual art at the Darling Downs Institute of Advanced Education, hanging out at the famous Dancing Bear Café nearby – a meeting place for artists, misfits and punks, edgy performances – and similar happenings and shenanigans in a sprawling ramshackle share house in Cambooya, with Jeff finally moving away from the oppression of the Joh Bjelke-Petersen era in Queensland to inner-city Sydney to set up two artist-run spaces; Art/Empire/ Industry and Union Street Gallery, with friends, colleagues and strangers.

Writing down this brief reflection today, I recognise that the long and bedazzling conversation with Jeff in 1985 was a foundational experience for me, it was like Ginsberg’s power cord, an empowering link between Brisbane and Sydney ARIs, a shared change agent cultural moment and a small act of kindness. One on added reflection, that has helped guide both my independent practice and ongoing work inside artist-run communities ever since. Jeff conveyed a series of personal stories; some funny, some serious about finding his purpose; a blend of DIY, punk, poetics, visual art and writing in the suburb of Graceville in the late 1970s, art educational experiences and meeting artists, musicians and writers. Jeff discussed and described the many and varied practicalities and impracticalities of founding and sustaining artist-run spaces, recounting perpetual set-backs, unrelenting artistic precarity, extensive volunteerism and labour demands. And a telling observation about the meaning of ‘the arrival’ of a new artist run community wherever, whenever that may be, urban, regional, anywhere. Namely, that any new social/ cultural initiative founded and organised around by an artist group is vital, whatever form or model or conceptualisation it takes.

Jeff’s words went something along the lines of… and  this is because it sends a very clear message to others, that a DIY ethos matters, and that a new artist grouping defies the despair and insularity that many people experience in regards to local conditions. Jeff suggested that this very act of founding an artist-run community – against so many odds – has important implications for transmitting personal experiences, voices and knowledge making, together, and to others.

A strong feeling being conveyed to me by Jeff that afternoon, was that these independent artist-run communities trouble the mainstream, the dominant formal arts institutional model, a top down cultural model, and that artist-run activities, places and spaces are sites where specialised knowledge and social relationships are generated, sites where co-developing expertise and transformation is a shared objective.

Jumpcut to now. Talking with Jeff again this year at his GUAM exhibition opening, over dinner in West End with dear friends Jay Younger and Kiley Gaffney , and an intersecting Masterclass experience at the University of Southern Queensland in Toowoomba in June, almost 37 years later, lively banter about life matters, the enduring nature of DIY, Punk, Poetry and the temporality of DIY from emergent, to marginal to ubiquitous was beyond fabulous, and uncanny in so many ways. While DIY has shifted in the Web 2.0 environment to a more updated understanding, or as Sarah Lowndes suggests, “ the post-1995 rise of digital and online production and distribution techniques has increased the possibilities for DIY practitioners both to circumvent the ‘gatekeepers’ of official culture ( art galleries, record companies and publishers) and to work anywhere and still connect with an audience”. For many the ‘Why’ of DIY is persistent and ongoing, that niggling and enduring need to transmit the co-occurrence of regional knowledge, localised narratives and the individual experiences that underpin DIY activity remains essential. And perhaps a more nuanced understanding in the current networked era is that the seemingly haphazard transient and fleeting practices of DIY – a familiar characteristic inside artist-run communities in Brisbane/SEQ since the 1970s and elsewhere around the globe – are ephemeral practices which also demonstrate structure, constancy and iterative orientations.

More recently during the past eleven years Jeff’s small acts of kindness – of memory and a collection of ephemeral materials drawn from his personal archive – have helped to shape and nuance the ARI Remix living archive with an artist interview and artists’ ephemera, here are a few examples:

There is a panel discussion at GUAM this Saturday: