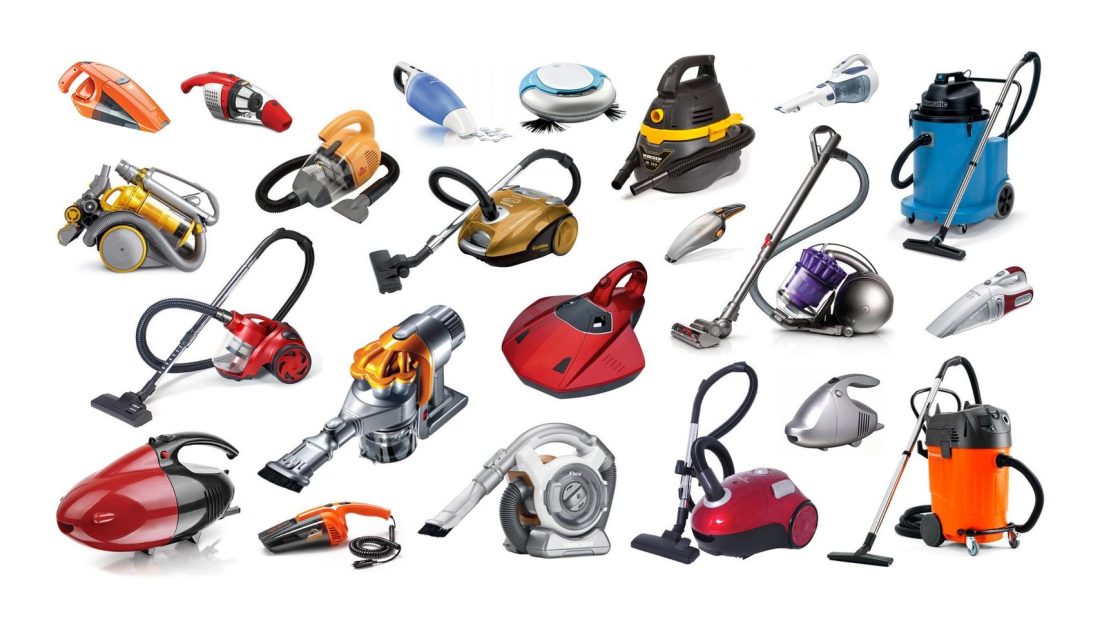 Shaped by his upbringing amidst punk and new wave culture in Brisbane and Toowoomba in the late 1970-80s, Gibson’s 40 year career has contributed to an international shift in the way photographic imagery is engaged with as art. Forging what is known today as ‘image-based art’, Gibson is a leading exponent of digital image-based art that incorporates and analyses mass-media imagery, elevating appropriation, quotation, excerptation, juxtaposition and staging as crucial artistic strategies. Such treatments have their roots in postmodern ‘Pictures’ art, but they remain integral today for any artist interested in examining the influence of social media and the World Wide Web.

The exhibition will be accompanied by an interactive online platform that encourages general audiences to consider the work in relation to their daily engagements with contemporary digital culture, and a full colour publication examining Gibson’s practice, his relevance to our digital era, and his origins in the 1980s alternative art communities of Brisbane, Toowoomba and Sydney.

Jeff Gibson is an Brisbane-born, New York-based artist who has worked in a variety of media and contexts—photography, video, prints, posters, banners, and books for galleries and public spaces. He studied in Toowoomba at the Darling Downs Institute of Advanced Education—now the University of Southern Queensland—and his early works throughout the 1980s and 90s experimented with post-punk poster-making and the language of appropriation in public space. A former editor of Art & Text magazine, Gibson moved to New York in 1998 to work for Artforum, where he is currently managing editor.

Since arriving in New York, he has produced two artist’s books (Dupe: A Partial Compendium of Everyday Delusions [2000] and Sarsaparilla to Sorcery [2007]), exhibited on the Panasonic Astrovision screen in Times Square as part of Creative Time’s “59th Minute” program, and mounted solo shows at the New York Academy of Sciences; Stephan Stoyanov Gallery (New York); Theodore:Art (New York); and The Suburban (Chicago and Milwaukee).

Throughout January 2011, two of the artist’s videos, Smoke and Asylum (both 2010), were projected onto the facade of the Everson Museum of Art in Syracuse, New York, as part of a curated series presented by Light Work and the Urban Video Project. His video Metapoetaestheticism, 2013, was exhibited in the 2014 Whitney Biennial. In 2016, Gibson produced a billboard, titled Armagarden, for the I-70 Sign Show, a curated program of artworks occupying advertising sites on the Missouri interstate. In conjunction with this project, he also produced a foldout poster for the Sunday opinion pages of the Columbia Tribune. Gibson’s work was included in the “Digital Infinity” section of the 2018 Front International: Cleveland Triennial for Contemporary Art. 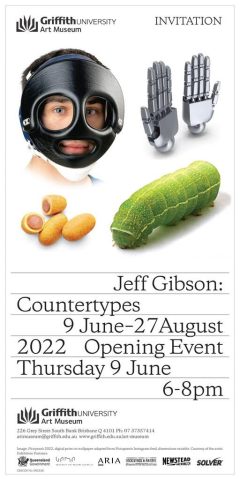 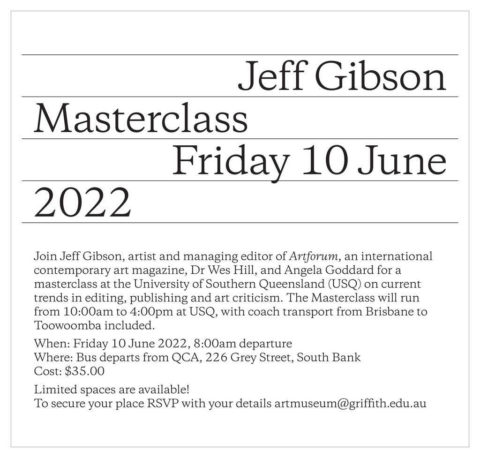