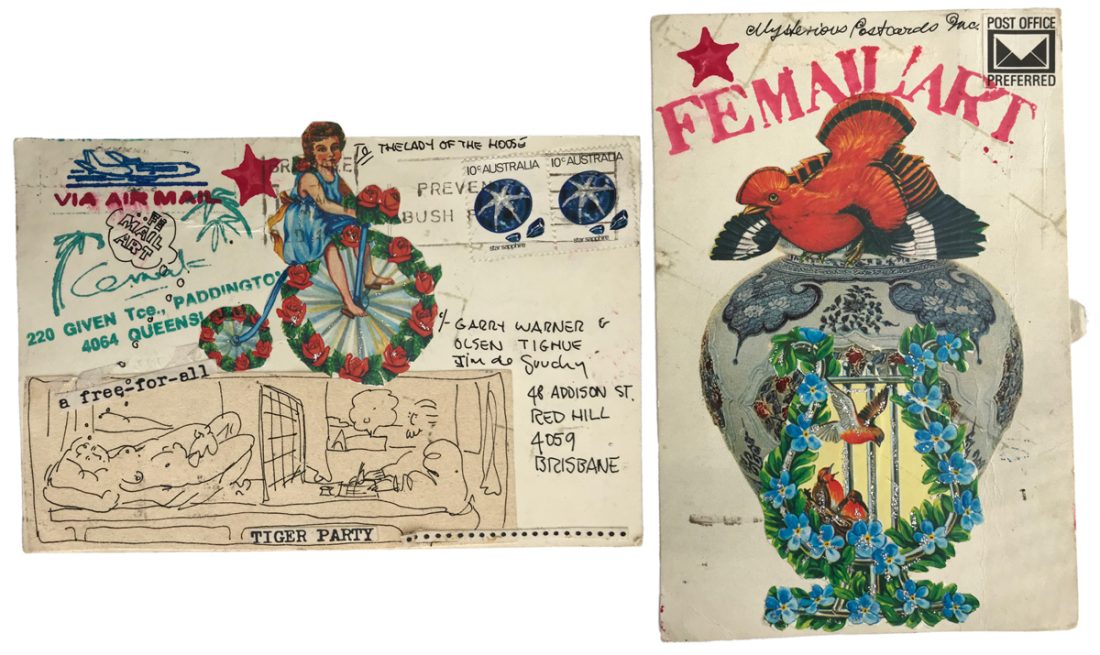 In the 1970s and early 80s, we used Australia Post to gift each other creative surprises of drawing, collage, writing, cutup, photos, painting and bricolage. Sometimes a regular narrative letter might be included but most often our mail art creations were everyday art projects intended only to delight, amuse, cajole, mystify or impress the receiver.

In Brisbane at the time there were few exhibition possibilities for young local artists, especially not for experimental non-commercial practices. Spaces such as One Flat, That Space, A Room and others arose in response to this lack. Under John Nixon’s innovative directorship from 1981, Brisbane’s Institute of Modern Art brought much new Australian contemporary art to town. But many in the underground scene at the time didn’t necessarily identify with capital A Art.

Mail art was more personal, unaligned with promotion or aspirations of success but definitely responsive to and influenced by currents in visual art, literary and underground culture. The scope of mail art outpourings ranged from simple collage altering of postcards to elaborate one-off book projects, intricate drawings and delivery-challenging constructions.

There was definitely a game-like aspect to the mail art subculture. A sense of challenge to create something beguiling, provocative or bewildering. A call-and-response rhythm to the incoming and outgoing of small constructed artefacts. Postage was cheap, and most of us were unemployed or underemployed. A little cash might come in through gigs or odd jobs. Off and on – mostly off – there was also ‘The Dole’. Many of us couldn’t afford a telephone service in the places we rented – we’d make calls in street boxes. Interstate calls were prohibitively expensive; international calls a definite luxury.

Mail art was a way to stay in touch, sustaining a kind of intimacy across distance and a sense of (sub)cultural identity, of outsiderness, political cohesion and keeping each others spirits up in Queensland’s politically corrupt and oppressive peanut-era. You never knew when some new little wonder might arrive in the mailbox, or who it might arrive from.

Pictured here is a postcard I received from Wendy Cernak in the early 1980s. At the time she and I were living only a suburb apart and often saw each other at art events but that didn’t matter – the surprise arrival for the recipient and the sense of gifting by the maker/sender was what made mail art a significant community building activity for us outsider artists. 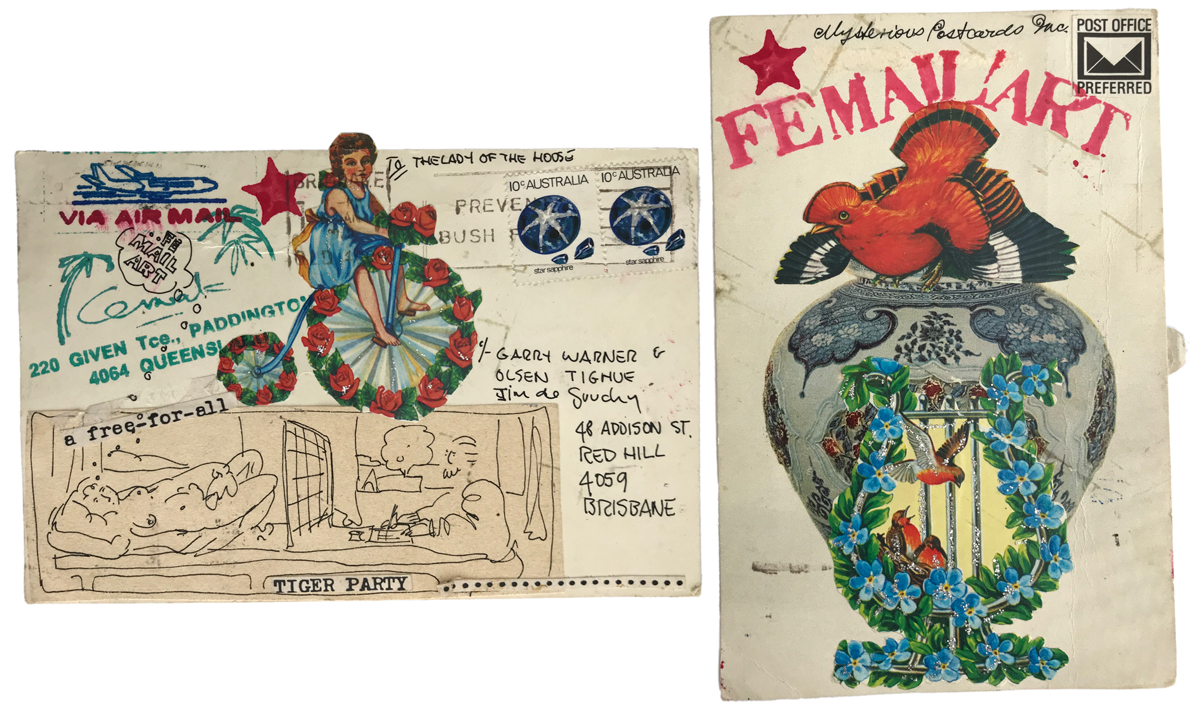