I first walked into the Photographers Gallery in 1988 when it was located upstairs on one of the corners of Brisbane Arcade. There is no memory of how I came to find out about it but my impressions are still reasonably vivid.

It was my first meeting with the pair who were running the place, John (MJ) Hawker and Ray Cook. MJ was all energy and garrulousness, he came over in a very commercial photographer gone bad type of way and Ray was all leather and tattoos but charming and softly spoken. We got on easily and I soon had my first ever show there of classically printed photographs that were a mixture of portraits, studio nudes and untamed nature.

I had technique down pat but was on my way to understanding content. Gallery Director Peter Bellas kindly bought one and was my first ever sale. Curator Clare Williamson, who was with the Queensland Art Gallery then, also came along and offered the encouragement for which I have been forever grateful. The show was reviewed in The Courier Mail where my technique and formal studio work were admired and the nature work dismissed. I haven’t worked in the studio since.

MJ, Ray and I quickly became firm friends and most Friday afternoons were taken up drinking dollar pots at JOJO’s on the Mall with an extremely mixed crowd that would spread to three or four tables of twenty or more people and often ended up at the Terminus night club in Fortitude Valley, or what we thought of as Brisbane’s only gay RSL – the Sportsmans.

We weren’t part of the QCA crowd or the commercial gallery crowd but had many crossovers. The gallery shifted to George Street, upstairs above a hair salon, when MJ took over a printing business. And the gallery had a small darkroom and could be used as a studio at night. We gave workshops on film developing, studio portraiture and photo manipulation. Generally these involved beer and nudity, usually male and usually us. Ray had been diagnosed as HIV positive so there were also a lot of bones lying around which was all the better to express imminent death.

Behind the gallery was an alleyway that would be converted into a dance party scene for some fundraisers. Johnny Griffin was the DJ at Flares in the Treasury Hotel next door and would DJ the events with some type of fashion show involved. I can’t seem to remember the details of these events for one reason or another. Fundraisers from memory?

All the exhibitions were of photography or other lens based media. We were interested in all the modalities of the photographic process from chemist printed snaps to Polaroids to toned silver gelatin prints and how to manipulate and hand engender those processes. There were so many different types of works by such a variety of people, school students, college students, and professional photographers that you could never know what type of show to expect.

It was a lot of fun and helped a number of people work their way into the world of art. 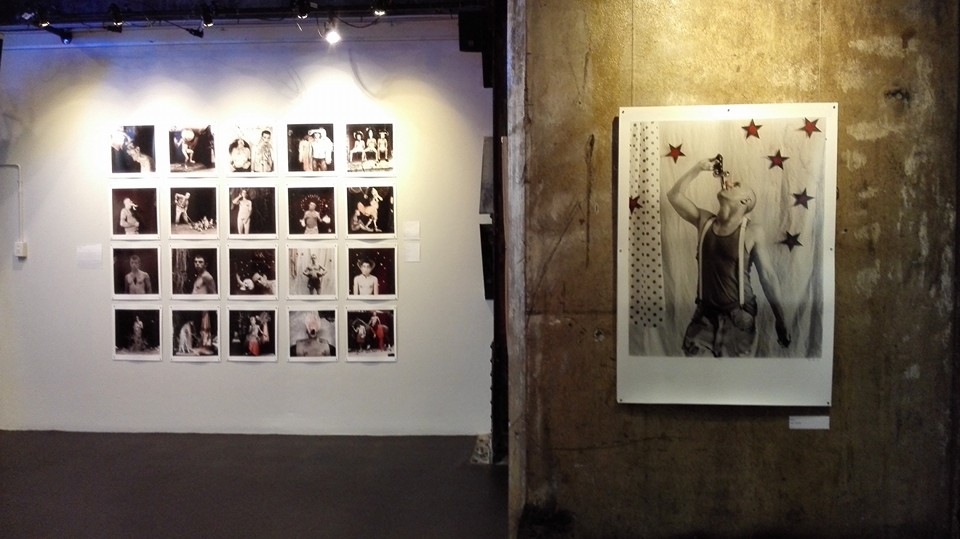