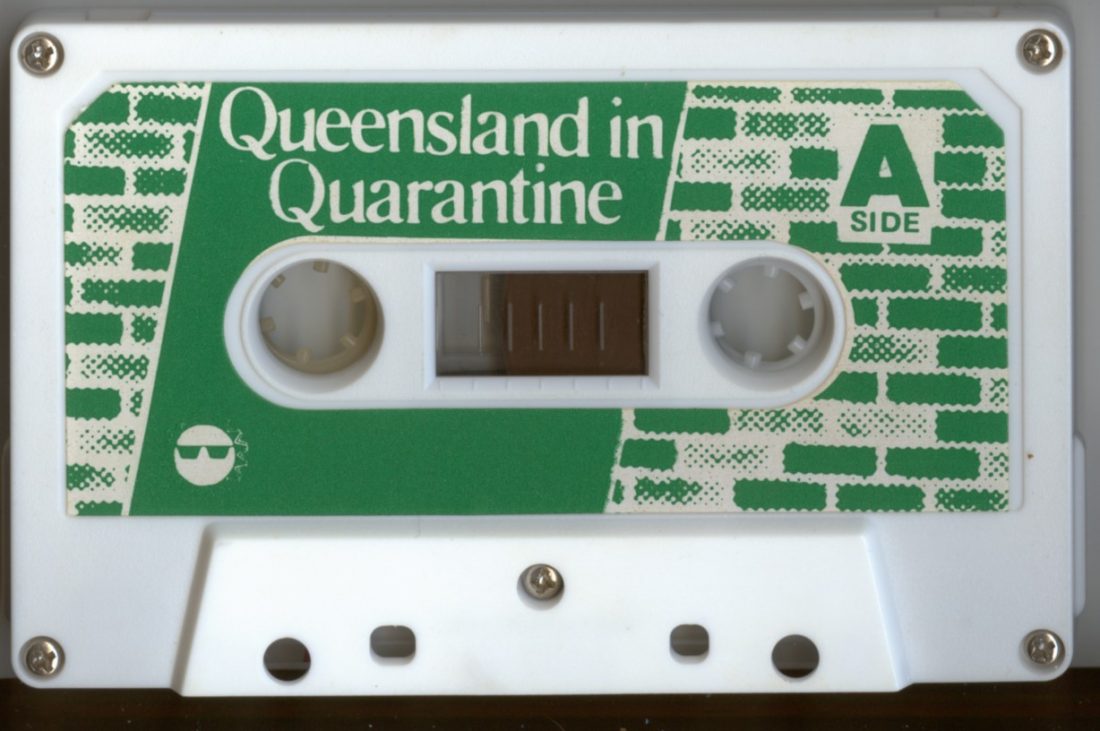 In 1982 I’d been working as a volunteer at Sydney’s Radio 2-SER, where I had my own weekly ‘experimental’ music show (midnight till 3am) and also worked on the feminist show Crystal Set. I’d just completed a course in 16mm cinematography – my interest was sound and image.

I met some people at a party at our big share terrace house in Darlinghurst who’d just moved back from working at Brisbane’s 4ZZZ – Andy Nehl, Nicola Joseph and Tony Collins. I still remember being introduced to them, at the foot of the stairs in that dingy Darlo lounge room, with loud music blaring.

Next thing I knew I was super enthusiastic about going to live in Brisbane and work at 4ZZZ.

As an announcer and part of the full-time team I was ‘on air’ four hours a day, five days a week. It was pretty free, you could pretty much play whatever music  you liked, interview whoever you liked and talk about whatever. There was a rotating playlist which needed to be interspersed throughout the other choices to give the station some kind of consistency. At that time, at 4ZZZ, ‘political’ music was defined by bands like the Dead Kennedys and The Clash.

I had nothing against that, but had what you might call a different political orientation, being more fond of the Birthday Party and the Slits. Were they ‘political’ enough? What kind of politics was it? But this was nothing compared to the kind of arguments within the announcer team when the influx of on-air women at the time in 1983 all semed to love playing Madonna. She was able then and since to split people into sides, either for or against. Questions were posed, largely by the men: was this ‘real’ feminism? How could we justify playing this crazy woman?

And who defined what was and is radical or ‘political’? Is it just the ones with the loudest and most aggressive voices? We were trying to find new ways of being and working together, with our collective and (supposed) horizontal organisational structure. We were, you might say, nutting it out in the Sunshine State.

My musical tastes changed, I started to appreciate more mainstream music like Midnight Oil, the Reels, the Divinyls and Michael Jackson, as well as supporting local bands.  We all produced station IDs and promos for events, as well as programs and I loved this aspect of the ‘job’. A huge passion was also giving airtime to artists — to their ideas and exhibitions. I remember having visiting French sound-artist Henri Chopin live on-air for what seemed like hours, him doing his sound poetry direct to the microphone.

It was the time of Red Comb House and One Flat. In fact, for some reason I ended up living at One Flat with Jeanelle Hurst. Later she said she and Russell Lake; also a One Flat artist, had invited me there as some kind of living installation. I had so many homes that year. I didn’t have much stuff so would just throw it all in my car and move on. I was living pretty lightly back then, in 1983, at age 22.

Sometimes the station would have enough money to pay the workers, but often it didn’t, and we’d all go on the dole for a while. And then back on wages, and then back on the dole. However life was cheap in 1983, you could just survive and keep doing your work, and experimenting with life. I helped to keep the station on air during those 14 months that I was there, and it was one of the most creative periods of my life.

At the beginning of 1984 I went back to Sydney to study. Before I left I put together a cassette tape called ‘Queensland in Quarantine’, a compilation of local bands interspersed with produced snippets featuring characters like Joh and Flo Bjelke Peterson, Russ Hinze or their hilarious impersonators. Harley Stumm and Mark Louttit helped with the production. There were 500 cassette packages made and I distributed them all over the country via (import) record shops, as back then these functioned as proxy decentralised nodes of networked culture.

I’d sold my car to finance the project, which also featured original artwork from amongst others, Damien Ledwich and Matt Mawson. ‘Queensland in Quarantine’ was a record of the time.

“…A friend of mine pointed me to the blog and I was thrilled to read all the comments about “Queensland in Quarantine, a compilation of diseased music” and also to see that the tape is available online. However I wasn’t so thrilled to read that it was attributed to 4ZZZ, as the station had nothing to do with it — the project was very much my own baby.

In late 1982 I moved to Brisbane to work as an announcer and producer at 4ZZZ. Before moving back to Sydney at the beginning of ’84 I decided to make the cassette as a record of the time. I sold my car to finance it. There were postcards inside the package by Matt Mawson, Terry Murphy, and stickers. Harley Stumm helped on the production, as did Mark Louttit (where we mastered the tape) and Matt did the final visual layout.

I selected the music that I’d grown to love over that year in Brisbane, and also chose all audio grabs that went between the tracks. These fragments helped to situate the music. I worked with Harley on these clips in the Triple Z studios, sometimes using material from the newsroom (so in these ways the station indirectly supported the production).

I had 500 packages made and sent them to record stores, radio stations and media all around Australia. I guess I gave 50 away – to the bands, artists, helpers and media – but all 450 others eventually sold, over the course of a year or so, and, as I recall I sort of slowly covered my costs.

I’ve downloaded the file and listened to the whole thing again today and I think it is remarkable that it is still so fresh and alive, and really brings back the feeling of life in Brisbane in 1983, which is nearly thirty years ago, before the digital world and the internet.

So please, download and relax with ‘Queensland in Quarantine’, perhaps with a gin and tonic on the verandah, dreaming of the time that was so intense, creative and vivid.” 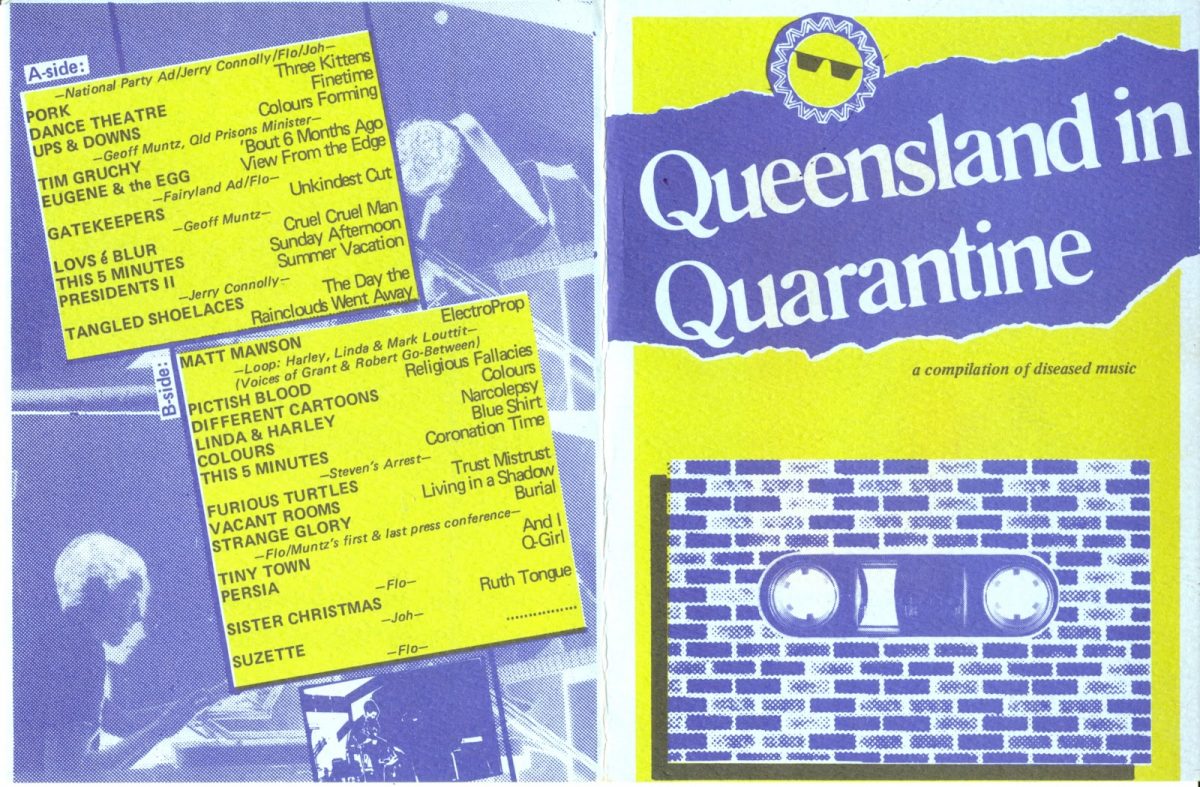 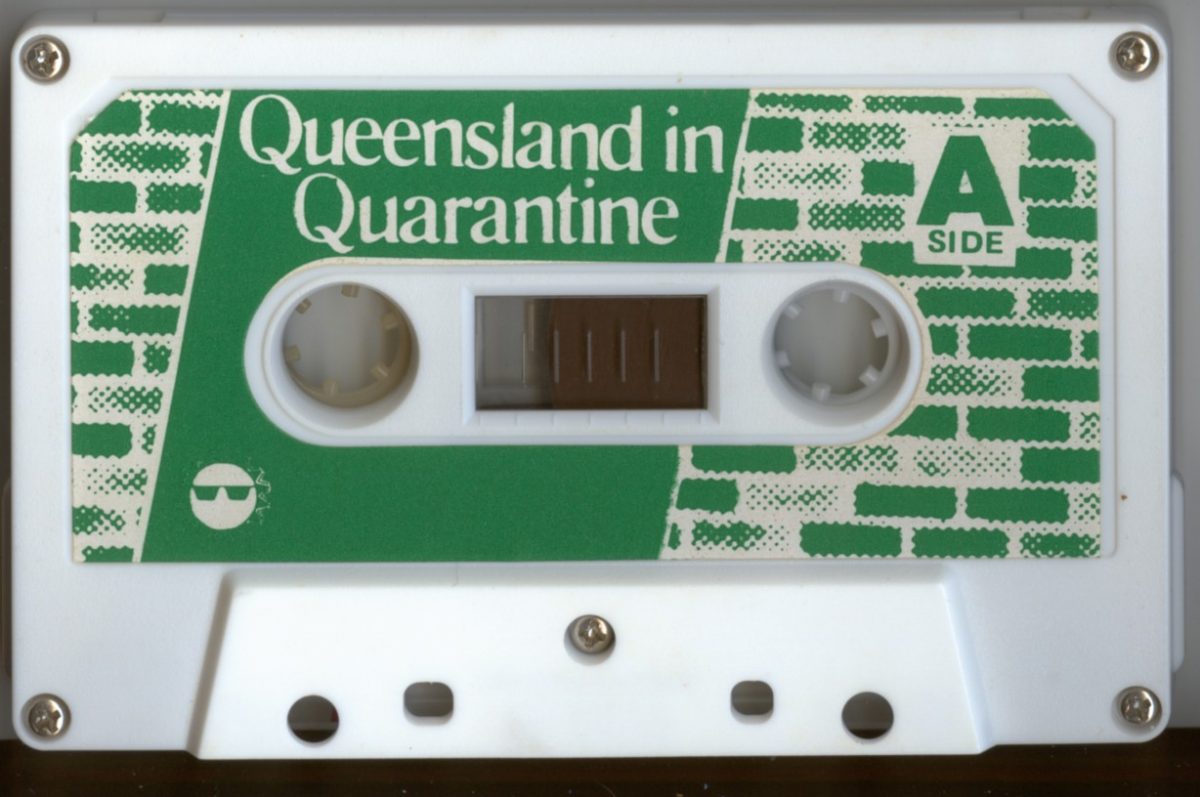 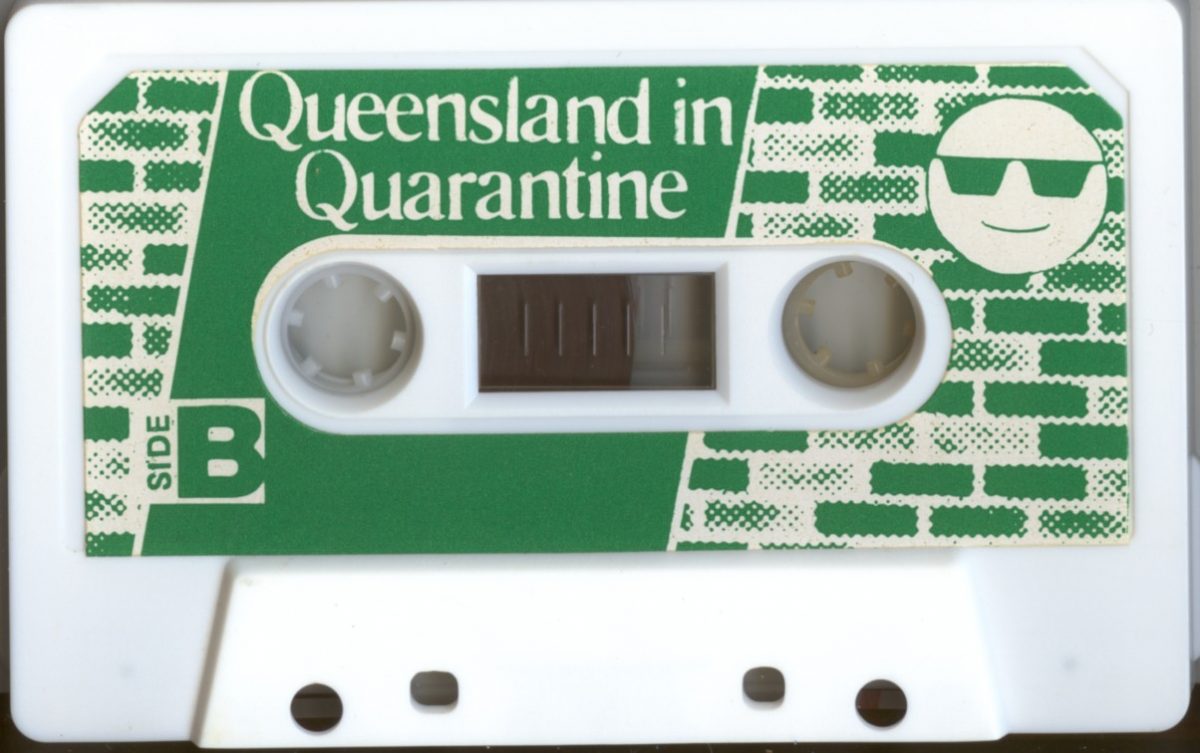 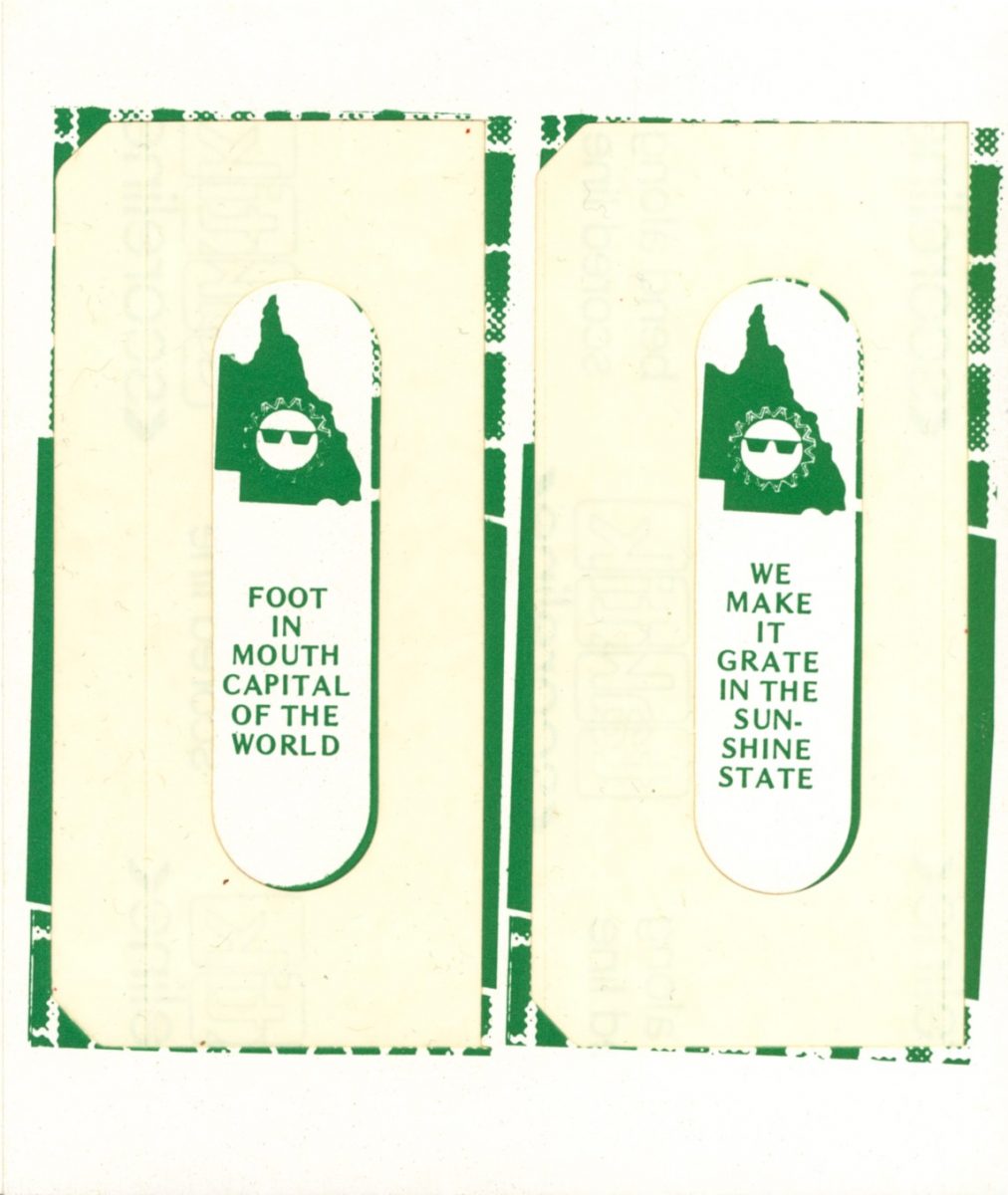 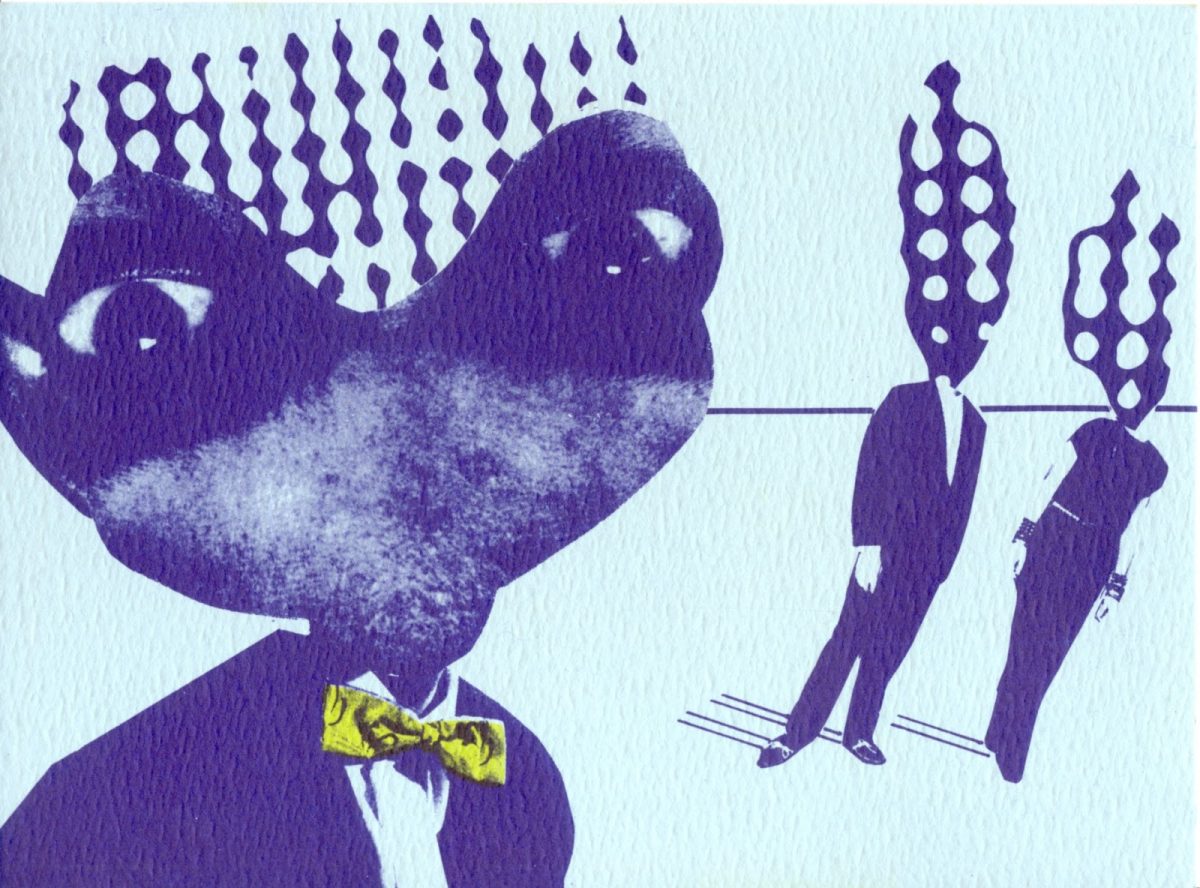 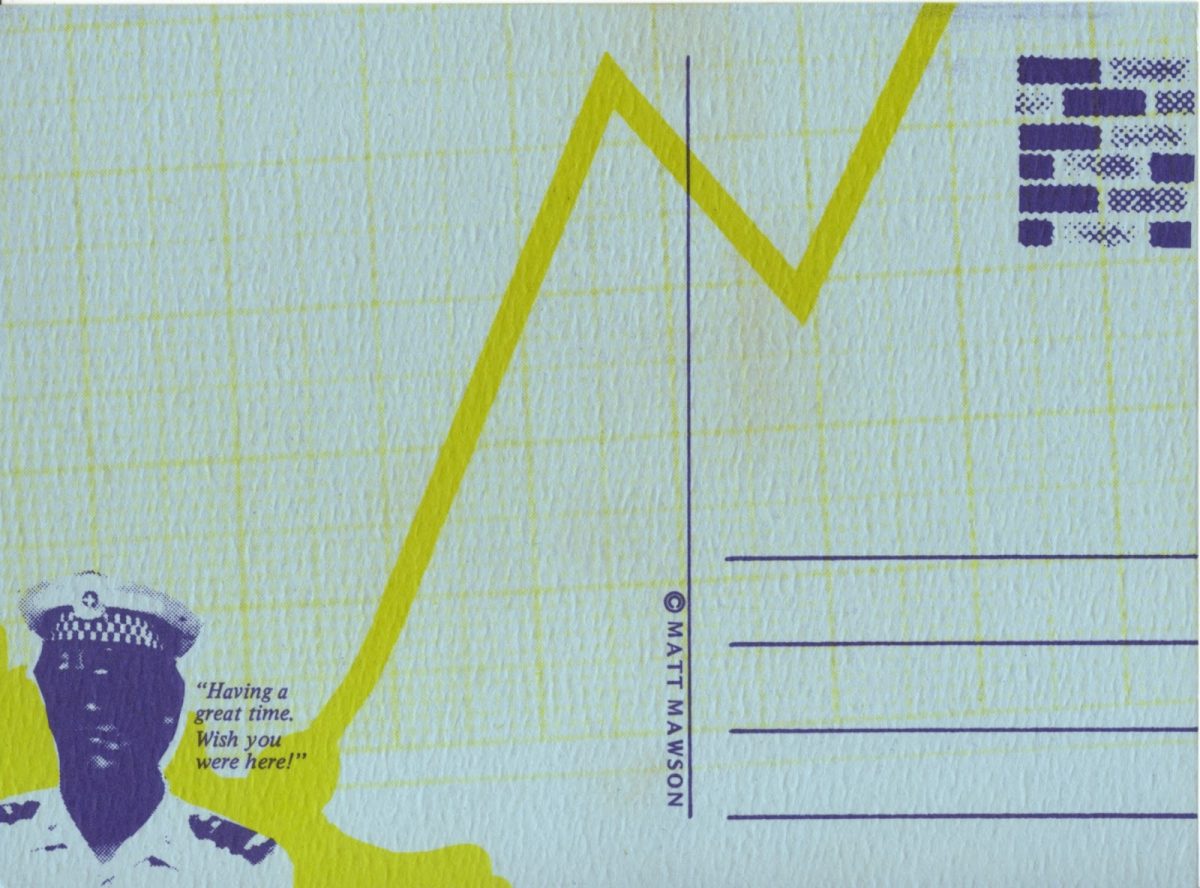 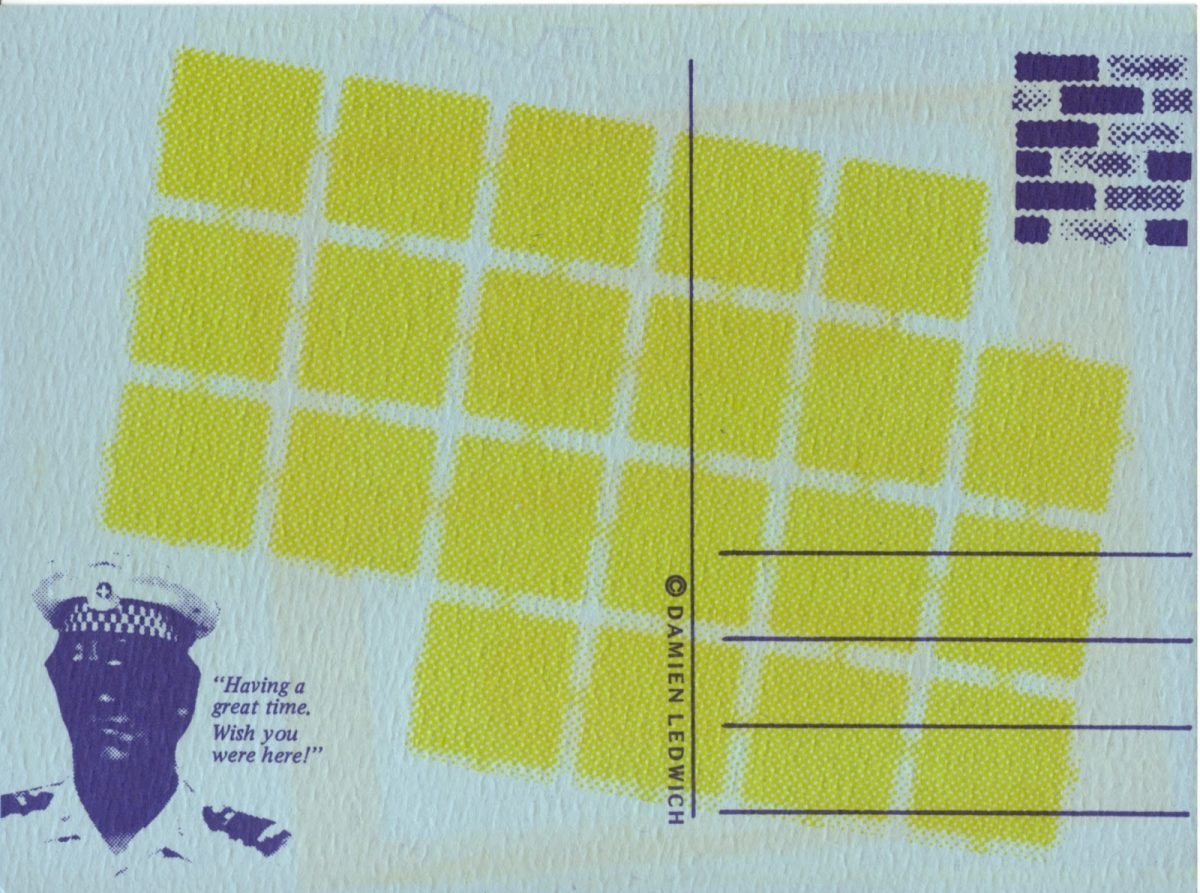 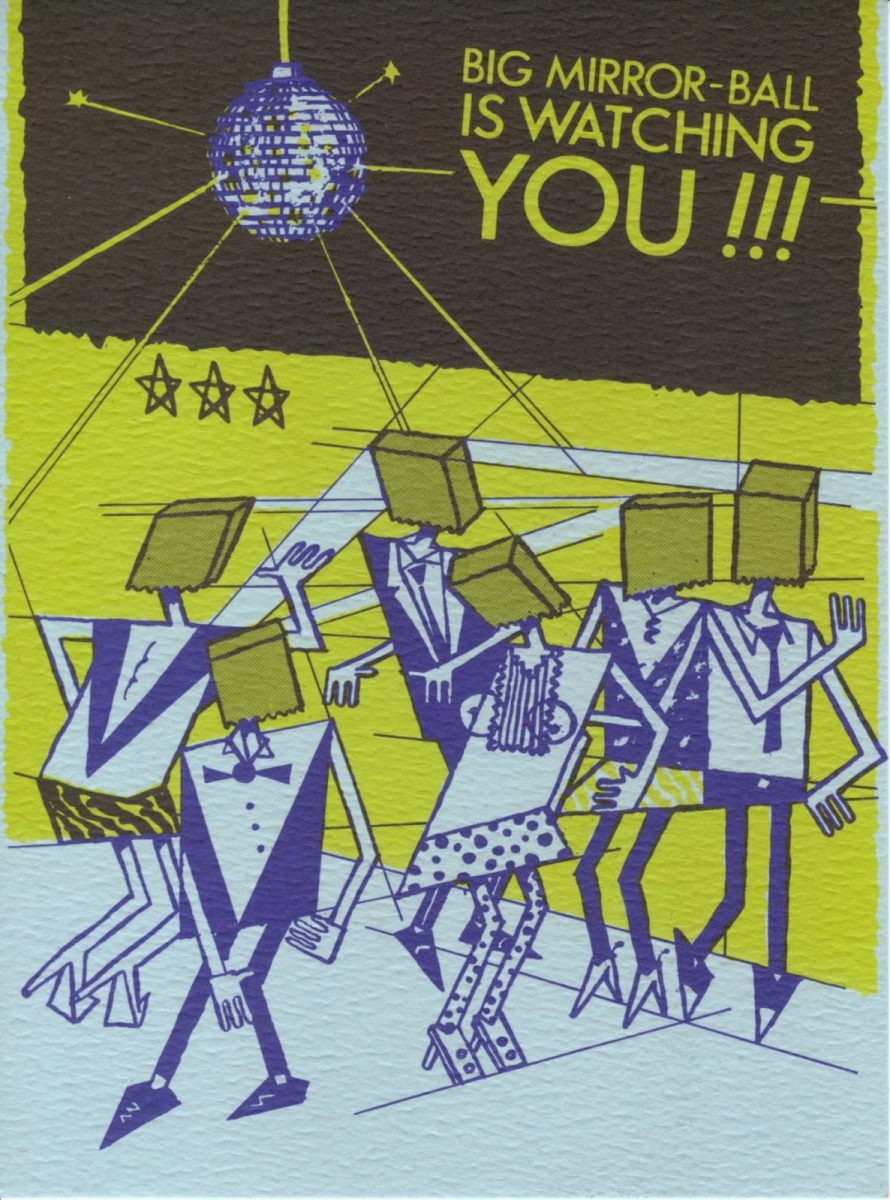 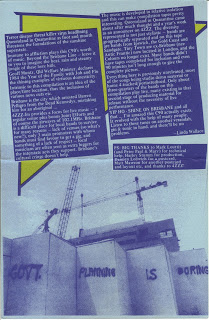