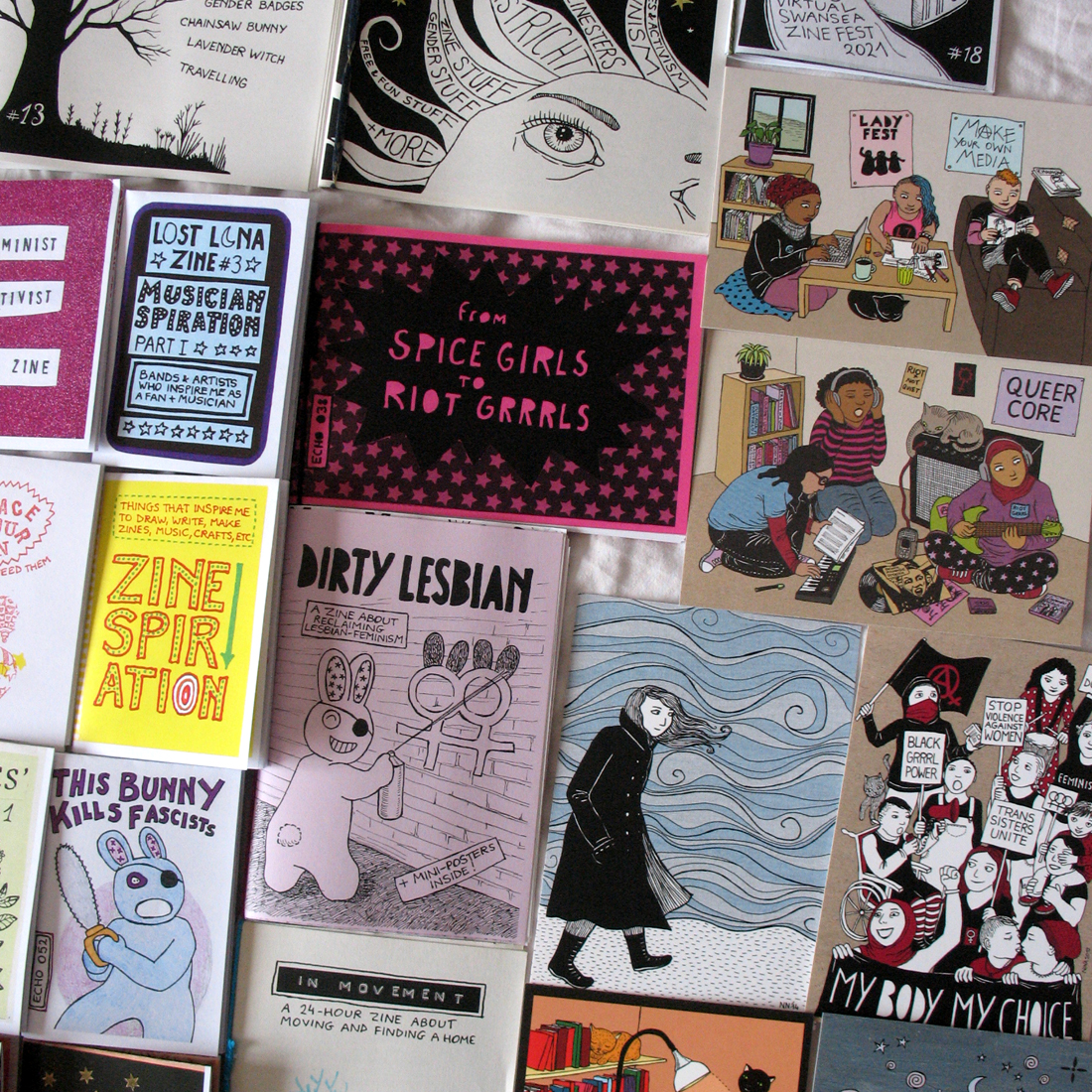 The Queer Zest Zine Fest 2021 is an all-online zine fest scheduled for August 7-8, 2021. We want to highlight the work of diverse queer creators from around the world. Expect dozens of virtual “tablers” to be featured on static pages on our website, video presentations, live Discord tabling sessions, or through live streaming video. Also expect a variety of talks and workshops on zines, queer issues, and DIY culture!

You don’t have to be queer to attend, but keep in mind that this event is aimed at a queer audience, so don’t speak over queer people about their identities in this space.

All of our live talks and workshops will feature professional live captioning. Web conferencing services provided by the Barnard Zine Library.

Zines are small self-published booklets on topics as varied as prose, poetry, comics, personal narratives, non-fiction, art, photography, and more. Zines are generally produced with a printer or photocopier—with digital zines becoming more and more popular—and distributed by the same person or small group of people who created them, with a print run of 1000 or less for print zines. Zines are associated with underground subcultures and have traditionally been a voice of those who are underprivileged or misrepresented in society.

What is a Zine Fest?

A zine fest is an event, usually in person, but increasingly online, where zine creators sell and trade their work, socialize with other zine creators (“zinesters”) and zine fans, and where attendees can attend talks, panels, workshops, and/or open mics. There are specifically queer zine fests all over the world!

LGBT periodicals existed as early as 1870, with the publishing of Uranus by Karl Heinrich Ulrichs. Germany had several queer periodicals in the 1920’s, Die Freundschaft, Die Freundin, and Frauenliebe. Queer life thrived in Germany at that time, but fascism in the 1930’s forced LGBT folks back underground. Although these publications were not specifically categorized as “zines” (the word didn’t exist then), they were independently published booklets and distributed on a small scale.

In 1950’s USA, homosexuality was believed to be tied to Communism, and openly LGBT people were often imprisoned. The UK also had high-profile homosexual arrests at that time period. Gay men were often subject to entrapment in order to “catch” them in homosexual behavior, and bars frequented by LGBT folks were often raided. Even with that risk, the community was driven to find each other, and covert organizations formed.

The Mattachine Society was a society for gay men which published a journal with articles on dealing with police, how to avoid entrapment and other stories of interest to the gay community. The Daughters of Bilitis, formed independently of Mattachine Society, published a newsletter for lesbians which was distributed quietly from person to person and via mail. For an in-depth analysis of these societies and other independent LGBT newsletters, see this article “The Fountain Pen and the Typewriter”: The Rise of the Homophile Press in the 1950s and 1960s or the documentary series Equal on HBO.

In present times, many LGBT and queer folks live isolated lives. Although queer rights have progressed in the US, UK and other countries significantly since the 1950s, folks in rural and isolated areas still struggle to find community and connection. Zines are a form of self-expression as well as a way to connect with others. Online zine swaps and zine fests bring together people and ideas from around the world. It is crucial for LGBT and queer folks to know that they are not alone.