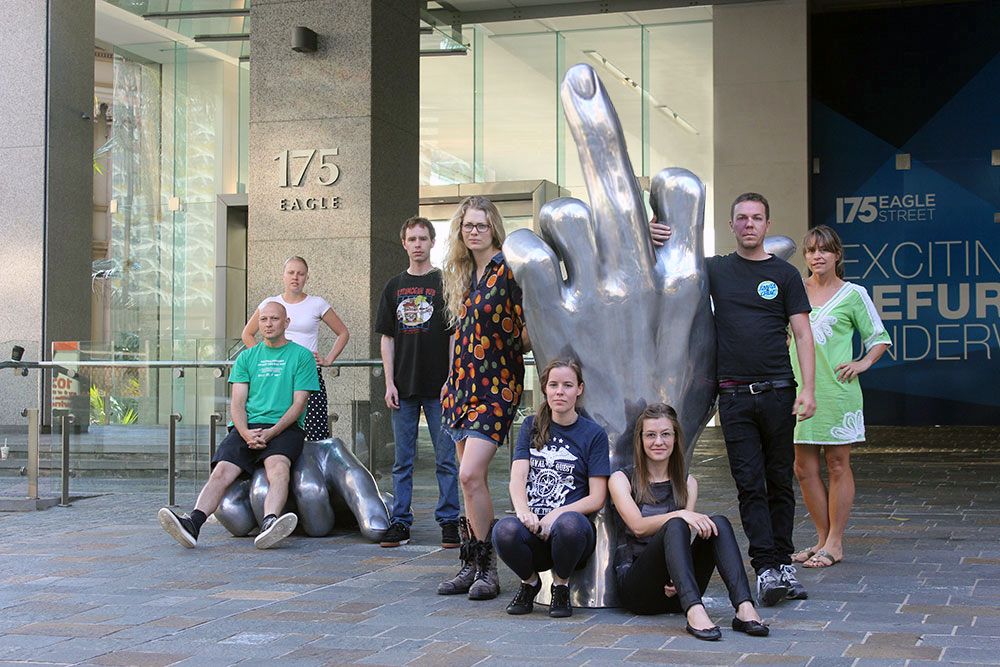 Suzanne and I moved to Brisbane in 2003 from the aftermath of an artist run project know as CBD Gallery. The gallery had been closed a year but after a program of an exhibition a week for 7 years, I fantasised that I had retired, I was 36.

I was both immersed in and disillusioned by the world of art, there was no way out, compounding this was the realisation that when one decides to be a gallerist it was even more unacceptable than saying you are an artist. I remember an acquaintance in Sydney asking me “What gives you the right to call yourself an arbitrator of taste” my simple response was “I did”. I was insolently unaware of the class divide that such decisions represented to others.

The belief seemed to be, galleries should be run by people with money, and it followed that if you had money that this meant you had taste. I had worked as an usher in the Village Twin Double Bay for sevn years, so by observing the kinds of films, clothes and horrible perfumes many of these people watched, wore and coat themselves in, I knew this was often not the case.

Because of the move though I was dealing with a type of banal invisible diaspora from myself, the move from Sydney to Brisbane meant I did not understand the language nor the mood of this new world. The long and short of it is, I came to Brisbane with a bit of an attitude and I was unaware of  the class war that my past actions rubbed up against. The first people I met in Brisbane were David Pestorius, Paul Bai, Kim Machan and then the two young guys running an artist-run space then located in George Street known as The Farm; artists Dirk Yates and Grant Stevens.

Dirk and Grant invited me to propose an idea for a one day exhibition at The Farm, via email. I was slightly annoyed by this and had a funny conversation with David about it. What annoyed me was that I had been asked to make a formal written proposal for a one day show for an artist run space that I had no idea about. I felt like for a one day show they could afford to take a risk, anyway I think David talked to them and as a compromise I invited them over to my house to take a look at my stuff, which they did. We have been friends ever since. I did the one day show it was called “Dumb Bombs”.

Around 2007 I made an exhibition at Metro Arts in Edward Street called “Every Artists is an Institution” here I met Channon Goodwin and Joseph Breikers who with two others had begun Boxcopy artist-run under their house in New Farm. They were both students of Grants at QUT Creative Industries. I was struck by how respectful almost reverent Channon was toward me, it was unnerving but a welcome change to the usual indifference you received in Sydney. They then began running Boxcopy in one of the studios in Metro Arts. And eventually they transformed a space of their own in the city, in 2012.

I was invited by Channon to make an exhibition there. This one was called “A Party Disguised as Work or Work Disguised as a Party”. Rachael Haynes and Anastasia Booth were the artists running Boxcopy by this stage. I remember having a few meetings where we would be sitting at a cafe down the street and I was explaining what I was going to do to the space, thinking ‘I should be videoing this, I sound like a psycho’, but they were pretty good about it, they never once said ‘David; you sound like a psycho’ but you could see they were thinking it.

Around this same time artist Erika Scott from Accidentally Annie Street ARI asked me to be in an exhibition called ‘Episodes’ with two other weirdo artists she was into, it was in a community hall and I can’t remember where (ah, it was in fact the Jubilee Community Hall – 19/5/2012), unfrunately they could not use their actual Annie Street space due to complaints about parking from the neighbours. I showed several collages and a couple of videos from the old days. It was so great working with Erika, Stephen Russell and Liz Willing. I remember having a fun night and there being a lot of people there. This event included a performance by a woman from Adelaide who played this crazy midi guitar instrument, I think it triggered video and sound, she was a like a god controlling a universe of cosmic elements.

At this point I was also in contact with Adrian Gebers who was running Peleton Gallery located in Surry Hills in Sydney and we were discussing the idea of doing a Brisbane-based show there, and thought I would title it ‘ Fingers for Brisbane Fingers for Queensland’ . My big idea was to include the people I liked and that I was meeting through these welcoming spaces in Brisbane; Erika, Joseph, Liz, Stephen, Kate Woodcroft, Catherine Sagin and my partner in a life of crime Suzanne Howard. What started out as my idea for a group exhibition simply became a group of people, a kind of loose professional association.

We did activities together like going on the Fourex Brewery tour in  Milton ( a Brisbane icon), promo photo’s, discussion over noodles and beers, we went on holiday weekends, it was a very happy time. What was so great about this group of people for me was that it was balanced around certain personalities, and there was an astonishing equilibrium that filtered action. For almost every idea about what to do, there was a reason or counter idea why not to do it, so I believed whatever we could in fact do was going to be golden.

I had a thought before writing this particular artist-run reflection, and that is kind of hard to express but it’s something around the notion, that in order to best know yourself you should look intently at who your friends are, and the next inner thought was equally consoling, that ‘maybe I am not nearly as fucked up as I like to think I am’.

Thank you Brisbane, thank you ‘fingers’. 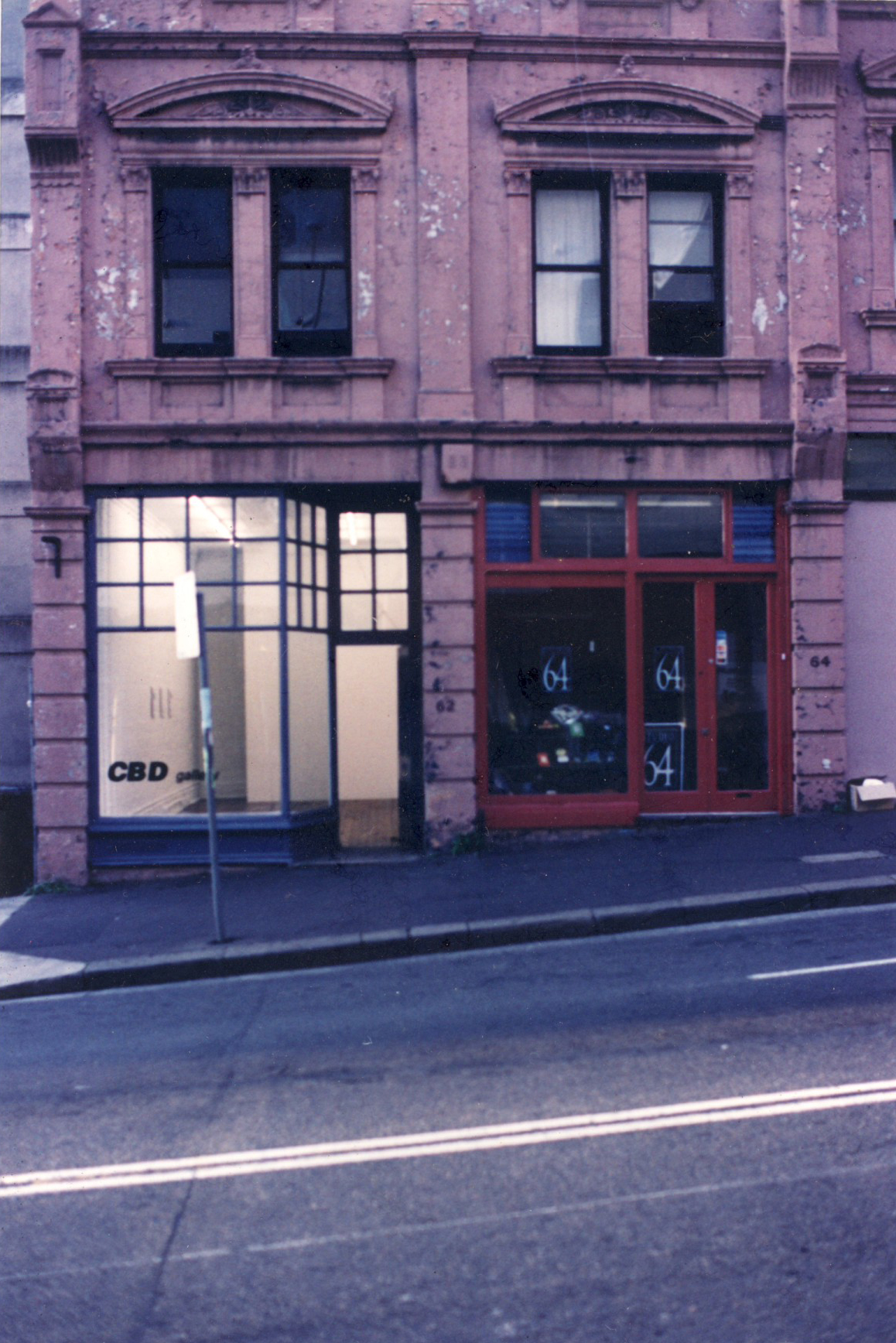