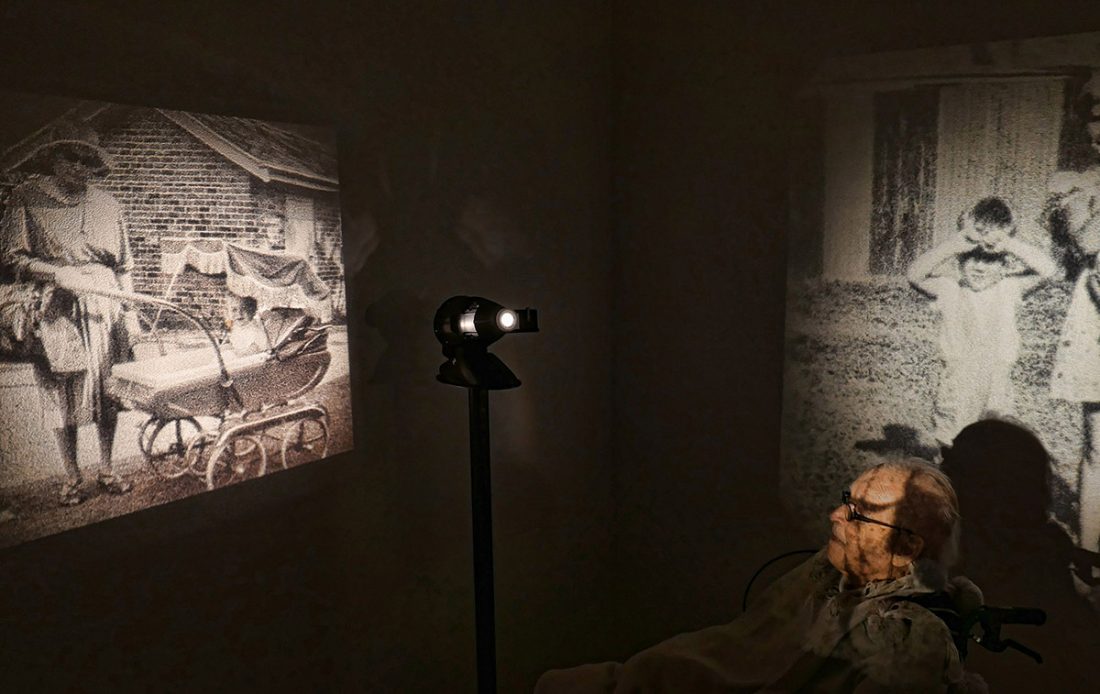 Having lived away from Australia for the best part of fifteen years, it has been a very interesting undertaking to re-emerge as what can only really be termed a senior artist. That’s what the numbers add up to at any rate.

In my time away my practice has changed tremendously. In fact I had made a very conscious decision at the beginning of the new century to curtail all my commercial endeavours and get back to just being an artist. Whatever that means? Writing in the days of COVID one must also reflect that that in itself is a changing proposition, but in so many ways my practice has always been in constant flux. Mostly it has never fitted well into any clearly defined box and in some ways perhaps now it is an easier fit than at any prior time.

Through the eighties especially and into the nineties I actively eschewed the visual art world and cultural institutions per se, and given that post-modern era and my voracious techno-cultural explorations and pursuits it ignored me. Perhaps not so much ignored as did not know what to make of me.

Of course later the purview of the art-world slowly moved into a broader appreciation of what I consider to be contemporary practice, that which engages with the technological tsunami that has befallen the world and inextricably altered the human condition. What else should artists be doing I have always and continue to ask.

Over the last ten years my practice has undertaken a shift of focus. I don’t think I am necessarily doing different work but perhaps more focusing the context and expression within that better. Working in China for over a decade now has had a huge influence.

This would be in two specific ways. Being deeply exposed to Chinese traditional art has enabled me to think about our relationship to our environment, natural, urban and cultural, in different and more complex ways and to then make works that express that in different modalities.

Having never really felt I was interested in the world of commercial galleries and a practice that serviced it, an invitation for a show at 798 in Beijing got me thinking in a whole new way about how to express my ideas and concerns. I had also been paying close attention to how certain big name artists whose practice on the surface did not seem a logical fit in that world, were able to spin off a subset of those ideas and often a scaling down to successfully achieve a commercial gallery engagement. My initial successful foray in China has now extended to representation in New Zealand and Australia.

All of which leads me to my most recent exhibition ‘The Brothers Gruchy’ at Bundaberg Regional Art Gallery. Leading straight on from my Imminence exhibition at Kronenberg Mais Wright in Sydney it encompassed that work whilst taking on extra dimensions. Bundaberg is my home town where I grew up through the sixties and early seventies. Plotting what might be possible with Anita Holtsclaw the curator, I immediately introduced the idea that it should include my brother Mic. We have worked together for decades and though he tends to concentrate more on stage design utilising video and has become nationally renowned for that, there was one work particularly that fitted well. His piece Time and Tide was inspired by the Burnett River which we grew up next to and incorporates a soundscape by me.

This major work and 6 others pieces of mine were in the show and thus in many ways it became something of a mini survey of what I have been up to over the last few years.

Working with the public programs and education people at BRAG, we decided an education component that played to the theme of local boys make good would be appropriate for attempting to inspire local youth. A pictorial timeline in the education room paralleled images of us as boys across the decades with the types of equipment we used at the time, starting with the family cameras from the sixties.

I programmed a set of three inter-actives that simulated early video effects, the type of things that first inspired both of us in our early explorations with video in the seventies and eighties. The first was video feedback. In the seventies everyone that got their hands on video equipment tried feedback. Point a camera at a monitor displaying the camera source. Nam Jun Paik displayed it in the 60s, Queen used it for their Bohemian Rhapsody video in the mid-seventies and a couple of years later The Jackson’s Blame it on the Boogie.

The second was a suite of video effects, what had been very rudimentary and known as ‘special’ effects produced by a black box Special Effects Generator SEG now easily programmed digitally. The third was mathematical. Benoit Mandelbrot first introduced fractals to the world in the seventies, my first deep immersion into maths generated imagery. By the eighties desktop Amiga computers which were highly suited to video were able to generate and manipulate these easily to complex outcomes, so we did. Here I didn’t use fractal maths but a more fundamental geometric progressive development approach.

These all proved to be successfully engaging.

Two other public programs were planned. I was to run a two day workshop at the local university in the interactive authoring software Isadora and on the closing weekend of the two and a half month show I was to perform a new interactive sound and vision work with a local musician as a key part of a day long program. Alas COVID struck, the exhibition closed prematurely after only one month and these latter programs had to be cancelled.

To put on an exhibition of this scale back in my hometown has been a truly wonderful opportunity in so many ways. Moving image and interactive work is far from the usual fare in regional galleries.

Having been the guest artist over twenty five years ago for the opening of BRAG it seemed very fitting to be back there and felt like an appropriate homecoming. This also dovetailed well into other dynamics that were at play. Over the last seven years I have been spending increasing amounts of time in Bundaberg so as to help look after my elderly parents, both still alive, together and in the family home. Keeping them there as long as possible is the best option though far from an easy undertaking.

At the same time there is a significant cultural awakening going on in the region. Initially Mic and I were asked to be involved as designers for a locally written contemporary opera The Crushing dealing with local subject matter across three generations and touching heavily on racial issues associated with the slave trade history. Development on this project is ongoing. At the same time the local arts festival has morphed over the years from the Sugar Cane Festival, to The Crush, to its newest and possible most successful incarnation The Milby Festival.

Premiering last year it engages deeply with local indigenous culture and is an entirely timely and appropriate response to the times. Milby is the local Gurang and the Gooreng Gooreng peoples name for the turtles that annually visit the local rookery at Mon Repos beach. Mic and I have both been involved in various ways in this undertaking.

Together it all allows a strong sense of giving back to the larger local community from whence were came, something we both find dear to our hearts and feel privileged to have an opportunity to undertake.

All in all I feel the exhibition was a huge success. The opening was one of the galleries biggest and the feedback from the public and all the staff at the gallery has been fantastic. Needless to say the onslaught of COVID was an unexpected and unprecedented event. We were just at the point of engaging with national critical, press and curatorial interest, thus were robbed of that, but compared to the suffering inflicted upon the world this is trivial. Future opportunities on the local, national and international arenas will return in due course as the world evolves into whatever shape our new future will take.

I always feel art gives one the privilege of having a voice in the world and that it must be used generously and wisely where ever possible. There was something innately profound about having the opportunity to show my work to a local regional audience in my hometown. For a long time now I mostly concentrate on creating art that is easily approachable to any audience, with subtlety and complexity and strong conceptual themes the depths of which grow in direct relation to the amount of engagement the audience members care to bring to bear. I have always explored the creative use of technology believing it is important to subvert the dominant paradigms that creates and thrust new technology into society.

I was very pleased with the appeal and response to the show and hope in some small way it extends peoples understanding of what art is, technology’s mediations and the world we live in.

Distinguised Professor and Art Director of the Digital Art Department, Shanghai Academy of the Arts

Tim Gruchy’s extensive career spans the exploration and composition of immersive and interactive multimedia through installation, music and performance, whilst redefining its’ role and challenging the delineations between cultural sectors. He has exhibited multimedia works, photography, video, music and performance since the early 1980s as well as his larger expressions in the public art arenas. His works are held in private, corporate and museum collections.

He is currently Art Director and Distinguished Professor of the Digital Art Department, Shanghai Academy of Fine Arts and an Adjunct Research Professor at the University of South Australia.

His research has extended into areas of interactivity, the human computer interface, performative interactives, having established dedicated labs at QUT in Brisbane and SAFA in Shanghai.

He is represented by Kronenberg Mais Wright Gallery in Sydney.

He has lectured and facilitated workshops in video art and interactive digital design at creative institutions around the world including Shanghai; Future University of Hakodate (Japan); National Institute of Dramatic Art (Sydney); University of Technology Sydney; Te Papa (New Zealand) and Queensland University of Technology (Brisbane). He has also been extensively involved in museum design and various projects at the intersection of architecture and multimedia.

Mic Gruchy works across stage, screen and video art. He is a pioneer of Video Design for Theatre, designing shows for all the major companies and festivals around Australia for over 30 years. He has edited TV, documentary, feature films and his video artworks are included in private collections and museums around the world such as MOMA in New York. Commissioned works include for the video installations for the Sydney Opera House, Sydney Olympic Park and the Biennale of Sydney. His shows have won Helpmann Awards and he was awarded an Australia Council Established Artist’s Fellowship for Interdisciplinary Practice in 2012. Mic teaches Digital Media Design and Vision Technologies Production at the National Institute of Dramatic Art in Sydney and has lectured in media at Uni of NSW and Uni of Wollongong. 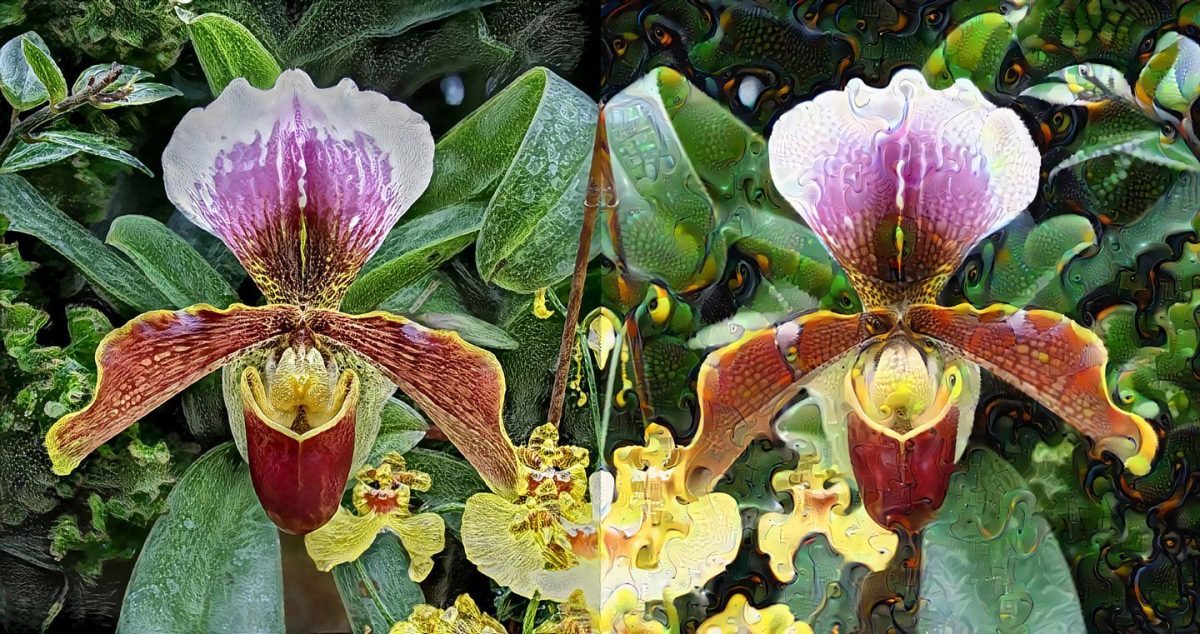