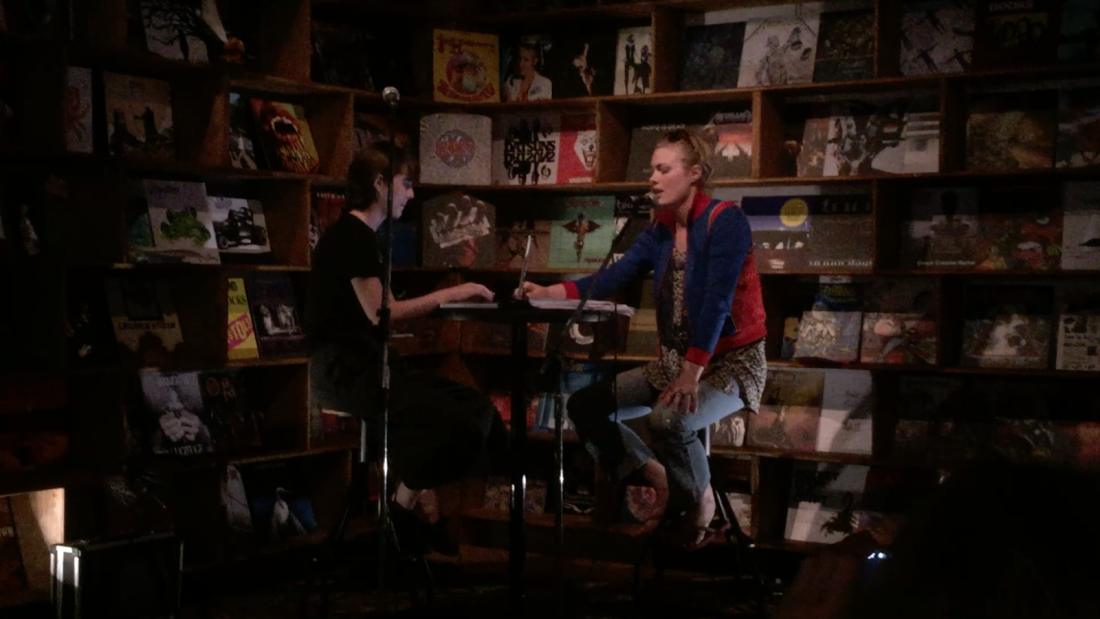 Erika is currently based in Brisbane, Queensland Australia and Brooke in Brussels, Belgium.

The tracks recently re-presented and made available online (April 2020) are one-off recordings. These works are made by the duo between December 2014 and July 2016 as collaborative experiments, in live performance, music and spoken word settings.

Scott Ferguson recordings where previously presented on limited edition lathe-cut 12″ vinyl records (Volume 1-4), with tracks made available to be listened to as part of a handful of exhibitions in art spaces across Australia in 2016. These events included Bus Projects in Melbourne, Frank Moran Memorial Hall and QUT Art Museum in Brisbane. Scott Ferguson also performed at Brisbane’s Institute of Modern Art’s 40th birthday party in 2015.

Alongside this sound work, Scott Ferguson participated in a number of group exhibitions and one-off performative events in public spaces. As part of ‘Conversation Pieces’ staged at Boxcopy in Brisbane, coinciding with International Women’s day in 2014. Scott Ferguson performed ‘hairy legs.’

This work involved them cutting each others hair under a table and gluing the hair cut ups to the legs of the table. The severed table legs covered in hair (with instructions for the legs to be positioned in two lines on the floor and moved each hour to face North, East, South and West)  featured alongside a six pack of bread rolls covered in wax titled ‘abs’ in Boxcopy’s ‘Extended Conversation Pieces’ in a booth at the 2014 Melbourne Art Fair.