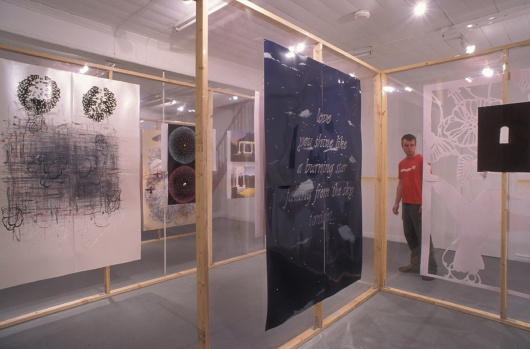 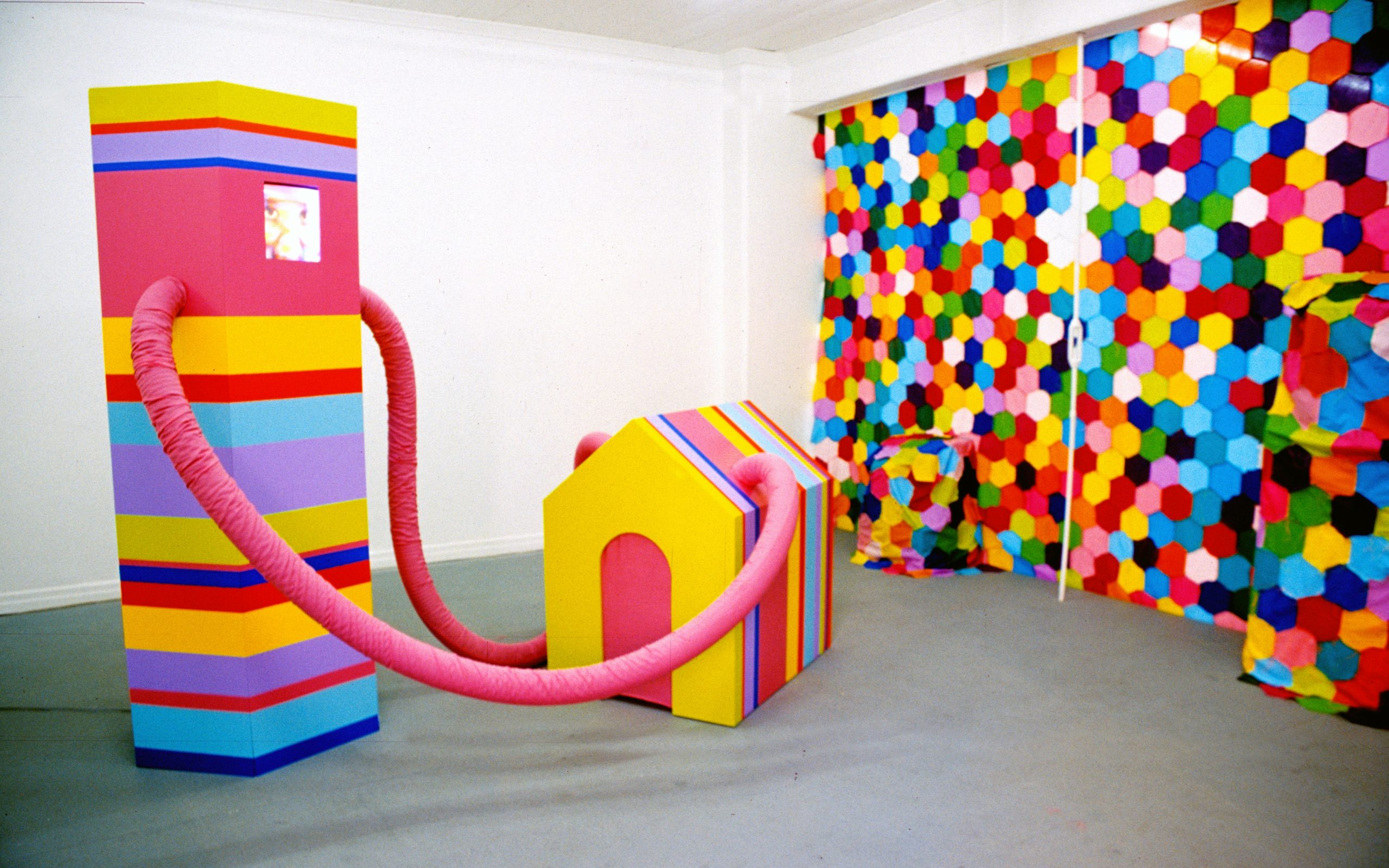 Jacina Leong  Arts writer and curator, Rosemary Forde, suggests that un magazine was founded to address what founder, Lily Hibberd, recognised as an inbalance between a proliferation of artist-run spaces in Melbourne and the lack of critical response about works and practices operating within these structures and outside of existing institutional or commercial gallery systems1. I wonder whether there are any similarities between the impetus outlined by Forde and your own involvement with the co-development and management of the publication Local Art 2. Was the function of Local Art to redress an absence of critical dialogue or debate about visual culture in Brisbane at the time?

Grant Stevens  I think the situation in Melbourne was a bit different to Brisbane.  Like you’re saying, in Melbourne there was a whole network of artist-run galleries, but no specific framework for formalising the critical debates they were generating.  So Lily started un as a way to harness, disseminate, and in turn, further stimulate those debates.  In Brisbane, there were just a couple of artist-run spaces.  Generally, the art scene was concentrated on the major institutions (the IMA (Institute of Modern Art), QAG (Queensland Art Gallery), MoB (Museum of Brisbane), and the university museums).  And these galleries had in-house publications and/or were being reviewed in the major art magazines (Eyeline, Art & Australia, etc).  This is all quite normal of course, but we didn’t just want to visit exhibitions and read magazines – we wanted to actively participate in what was going on.  We felt like there was a bunch of artists making interesting work that weren’t being accounted for – and if we wanted to engage with this work we had to generate the forums ourselves.  This is why we ran Local Art at the same time as the gallery space at The Farm.  They were both about creating opportunities to present the work and ideas of the people around us.  (Hopefully they don’t mind me speaking for them, but I should mention that my co-editors on Local Art were Dirk Yates, Sally Brand and Natalya Hughes, and it was Dirk and I that ran The Farm).

JL  If art magazines are a sign of their times in terms of providing an archive of a particular moment in thinking about art, what were the critical issues affecting the production and presentation of contemporary art in Brisbane during the circulation of Local Art?

GS  I wouldn’t say that there was any one thing that bound art practices in Brisbane at that time, but I guess there were some common threads.  It’s probably my own biases, but I was excited about artists who were really pushing their practices and engaging with the more difficult aspects of contemporary art.  Whether it was Chris Howlett converting The Farm into a cardboard cave for his political posters, watercolours and videos, or Peter Alwast mixing different representational systems into his paintings and installations, or Jemima Wyman using video and performance to play with the discursive interfaces of gender and the body, the most interesting work seemed, at least to me, to be grappling with and reconfiguring dominant forms of representation – and in ways that challenged my expectations and assumptions about what art should be like.

As you know, running a magazine is partly about reflecting on what’s going on, and partly about trying to focus your readers’ attention towards the things you’re interested in.  We consciously tried to direct the content of Local Art (which is not to say that we wanted to direct writers’ opinions!) towards art and writing that was critically engaged; perhaps more experimental, more challenging and/or more oblique than what was happening elsewhere around town.  If you look through copies of the magazine now, it does seem to focus on video, performance, and installation practices, as well as issues around Australian and Indigenous art.  This is mostly because that’s what our peers were making and writing about, but it’s also because these practices and debates seemed a bit left out of what was happening elsewhere.  It’s also for these reasons that the magazine didn’t just review art exhibitions.  We published film and performance reviews, interviews, artist-pages, artists’ writings, etc. because it’s what we, and our peers, thought was interesting and important at that time.

The Farm with co-director Grant Stevens

JL  Do you think that these issues are currently evident within Brisbane’s visual culture or has focus shifted towards other concerns?

GS  I’m not sure.  The dynamics of Brisbane have definitely changed over the last couple of years (with GOMA (Galley of Modern Art) and Tony Ellwood, Robert Leonard at the IMA, Nick Mitzevich at the renovated UQAM (University of Queensland Art Museum).  The work being shown in Brisbane has shifted, and if I had to generalize, I’d say overall it’s probably changed for the better.  But I think it’s important for you guys – for emerging artists, recent graduates, students – to decide what’s important and to actively practice and pursue your agendas.

JL  It would be interesting to hear more about your association with the artist-run space The Farm 3.  There is an increasing tendency in Brisbane for emerging artists to establish an alternative platform for works and practices that are not always readily supported by the commercial gallery system.  This DIY approach is also prompted by a lack of affordable spaces to charter as a gallery.  Did The Farm share similar motives in terms of its objectives as well as the reasons behind its establishment?

GS  Like I was saying earlier, The Farm came about because Dirk and I could see a range of artists – recent graduates, our classmates – that were making really interesting work with nowhere to show it.  There were some rental spaces around at that time, but they seemed too expensive and therefore restrictive.  We wanted to have a space that was free for the artists – primarily to decrease the financial burden on the artists, but also to give us some control over who we worked with.  We were so committed to making it free that it took us over a year to find a space.  Eventually we came across that place on George St (Brisbane) where we could live (so Dirk and I paid the rent) and therefore accommodate a free gallery.

JL  Louise Martin-Chew lists The Farm alongside other less formal exhibition or artist-run spaces, such as Shop 49B, Satellite Space, Someone Else’s Studio and Smith and Stoneley4.  These spaces (including The Farm) are now inoperative.  I wonder what factors might have contributed to this end result?  Does this type of model (one that does not necessarily mimic the structure of institutional or commercial spaces or generate financial profit through the commission of artworks and artist fees) run the risk of cutting short any long-term prospects because of these factors?

GS  Shop 49B, Satellite Space and Smith and Stoneley were all around when we went through undergrad.  I wouldn’t say that they were more or less formal than what we did – each had quite a distinct operational model, and they all served as different examples for us to consider when we were setting up The Farm.  Our “business model” was determined by our desire for a free space, and like I was saying, we made this happen by living there and paying the rent.  This isn’t always possible – each location has its own potentials and limitations, and each set of gallery directors have their own agendas, desires, requirements.  And so each ARI (artist run initiative) necessarily has a different model.  There are examples of ARIs that have continued over a long period of time and/or morphed into commercial galleries or institutions, but again, each one has a different working model – and of course, they all have their pros and cons.  We wanted to run a focussed program that was free for artists – and we knew from the start that it wasn’t the kind of thing that would go on forever.  I don’t think it’s a problem for spaces to open and close periodically.  Actually, I think it would be ideal if we had artist-run spaces continually popping up every six months, running for a couple of years and then moving on.  It’d be a pretty dynamic environment to make and show work in.

Grant Stevens is an Australian artist currently based between Los Angeles and Australia. He has held numerous solo shows in Australia, as well as in Berlin, Rome, Auckland and Utah. His work has been exhibited in many group shows including, Art Gallery of New South Wales, Queensland Art Gallery, and National Gallery of Victoria. Between 2002 and 2004 he was involved in the artist-run-space, The Farm, and the publication, Local Art. Grant received his PhD in Fine Art from the Queensland University of Technology, Brisbane, in 2007. He is represented by Gallery Barry Keldoulis in Sydney.

This article was originally published on brisbanedialogues, May 2009.