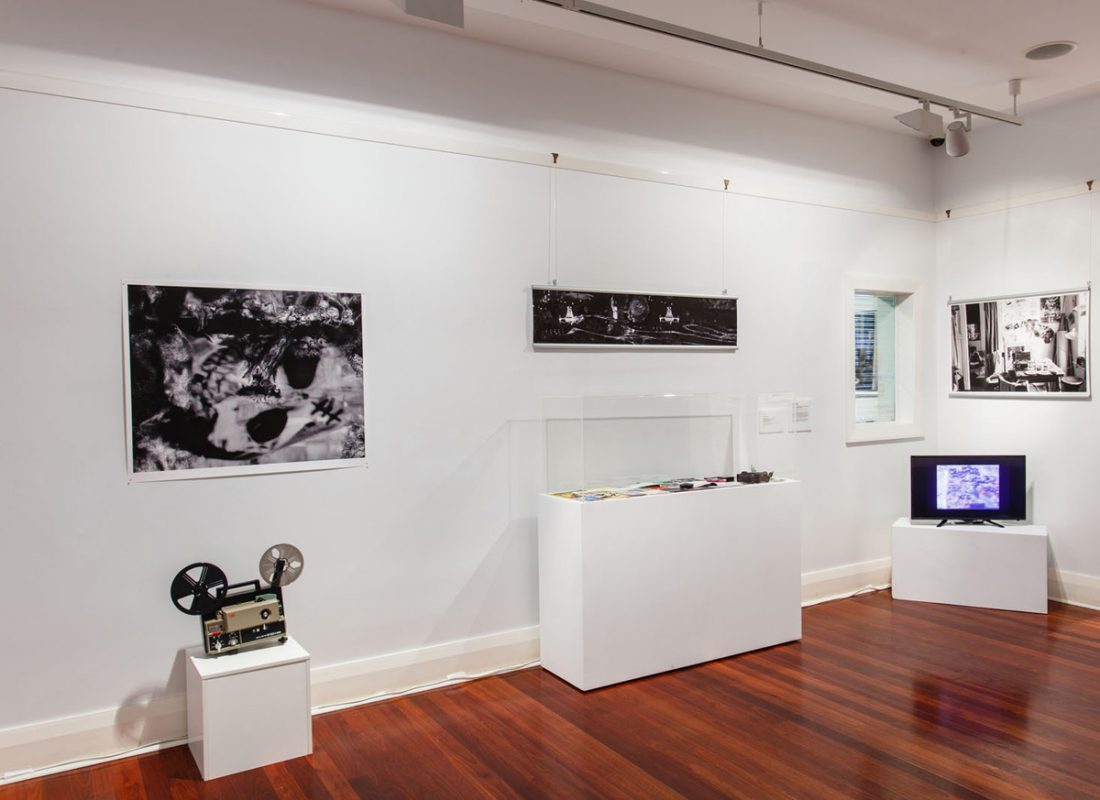 The Re-authoring Impulse is an artist-run comprising sixteen months professional development, a museum-quality gallery installation, the development of six artist web sites to increase professional development opportunities and shared participation and engagement with social media, public gallery programs and blogging for this dedicated artist-run web site. We truly hope this project may inspire, motivate, embolden and ennoble other artists to create their own artist-runs regardless of loci, regional or urban.

”  When my artist friend and collaborator Lehan Ramsay passed away this year I was in the throes of editing a series of super eight archival films I shot in NYC in 1988. A series of super 8 films I had believed were long lost, a series of hand-held street photography style vignettes of NYC depicting the East Village and Lower East Side. These works were designed for an installation for Gallery 14 at the Queensland Art Gallery which was in turn cancelled and no reason was given, and the footage was shot during the AXIS Art Project doco research that Lehan, Jay Younger and I were working on at time while living in a pokey: that is pokey by Queenslander” standards,  sublet on Clinton Street in the Lower East Side.

AXIS was a cheeky acronym for Art X-tremists International Syndicate was a playful guerrilla project designed ti examine the similarities and differences of artist-run models and methods in action ar the time  in Brisbane and New York City in 1987- 1988 in an era of high level demolition, development and desecration of creative communities, artistic networks and heritage buildings. At the time we were angry with this idea, from the south for the greater measure, that Brisbane and Queensland didn’t exist in the conversation about contemporary art and culture or indeed artist-run space activism which was flowering throughout the 1980s.

And so as a small tribute to Lehan, and the immeasurable and largely unacknowledged work Lehan did for Brisbane arts and culture and for women artists based in Queensland throughout the 1980s  I am making an ephemeral series of Wunderkammer works, it is physical and or architectural spaces like the Helen Street warehouses, artist-run spaces and galleries like NRCG Ballina that are treated as “cabinets of curiosity” , using a range of analogue to digital  iterations of archival ephemera, super 8 and photo media.

In this work #2 included in the Epicormia Collective exhibition, I featured a series of lo fi AXIS Super 8 Vignettes in the installation. It extends the series of altered archive works featured in the #1 work included in the 2016 BARI Festival at 12 Helen Street, Teneriffe in October.”