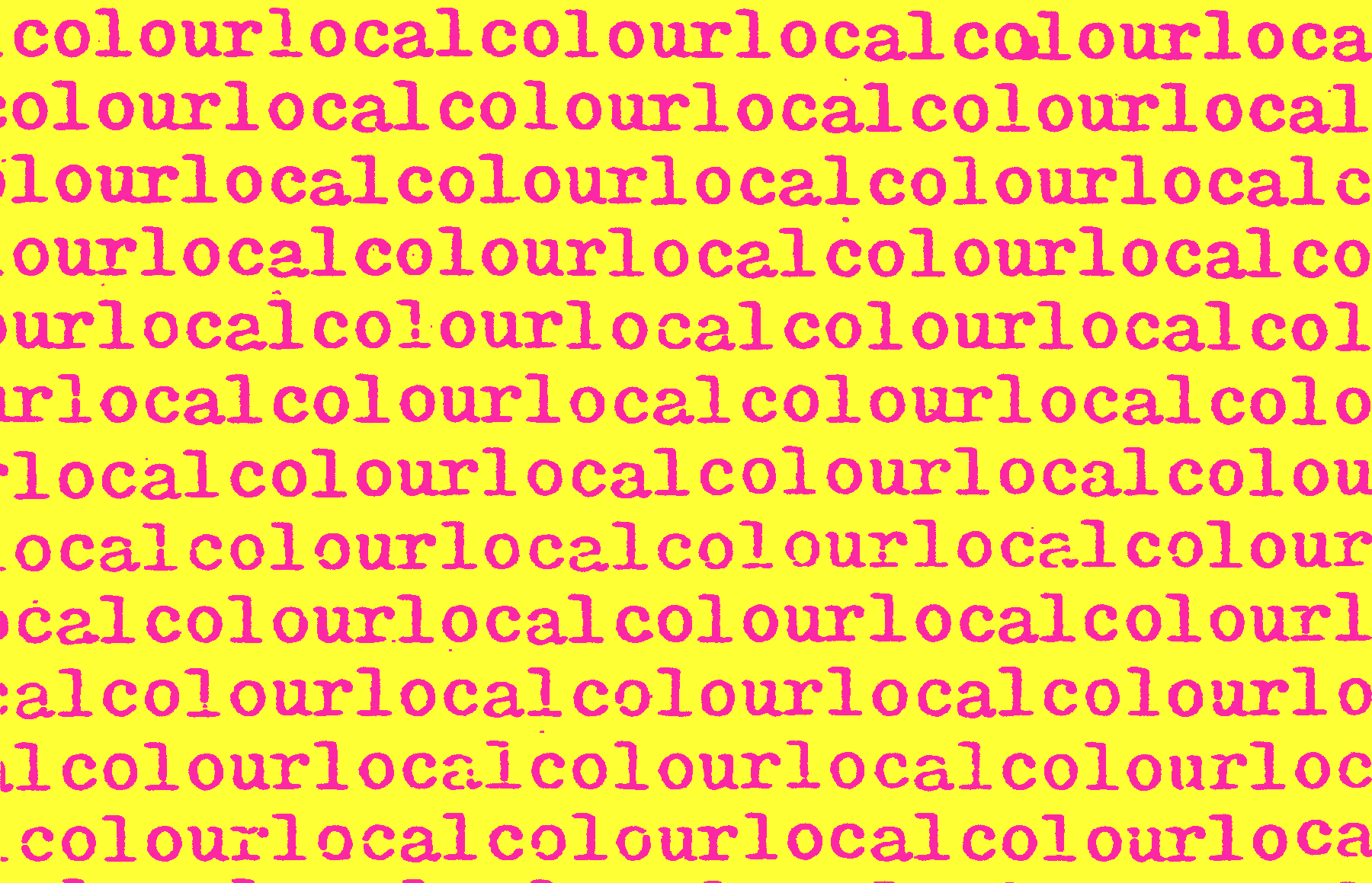 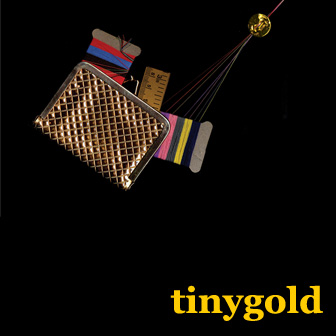 tinygold is a non profit artist-run initiative that stages annual exhibitions showcasing emerging Queensland artists. We provide platforms for work creation and exposure for artists, and encourage proactive networks between emerging and independent artists and audiences in the Southeast Queensland region. We also aim to promote Gold Coast city as a destination for the arts.

tinygold was an artist-run project that curated the annual program ‘Tales from the Cold Ghost’ from 2007-2009. Our aim was to utilise distressed and empty spaces to showcase the works of local emerging artists, and in the third year we expanded to conduct professional development programs such as artist talks, arts industry consultations, panels, fashion shows, publications and musical performances that championed local talent.

tinygold began as a proactive response towards the shared frustration felt by many Gold Coast artists and university students regarding lack of space and resources. The show’s name Tales from the Cold Ghost (TFCG) became an action, giving local emerging artists the platform to tell stories and ideas through art, and to showcase them in our own backyard – a city that was perceived as a cultural-ghost town

TINYGOLD IS A NON PROFIT ARTIST-RUN INITIATIVE THAT STAGES ANNUAL EXHIBITIONS SHOWCASING EMERGING QUEENSLAND ARTISTS. WE PROVIDE PLATFORMS FOR WORK CREATION AND EXPOSURE FOR ARTISTS, AND ENCOURAGE PROACTIVE NETWORKS BETWEEN EMERGING AND INDEPENDENT ARTISTS AND AUDIENCES IN THE SOUTHEAST QUEENSLAND REGION. WE ALSO AIM TO PROMOTE GOLD COAST CITY AS A DESTINATION FOR THE ARTS.

Brought to you by tinygold, Tales from the Cold Ghost is an annual exhibition series providing local emerging artists with the necessary exposure, resources and professional development skills needed to progress into their arts practice. At the same time we seek to define a cultural platform by staging the event on the Gold Coast, a region outside of a major city, and one not normally recognized as an art sector.

Our exhibitions involve an application process, with the criteria open to emerging Queensland artists practicing in all media. We promote a large percentage of recently graduated and unrepresented artists, as well as artists whose works are experimental, site-specific and involve mixed medium elements. As a Gold Coast based artist-run initiative we aim to establish and increase chances for newcomer artists to gain integral industry exposure and exhibition experience, and to also provide promising artists with a platform to progress, experiment and further develop their practice.

Our inaugural show Tales from the Cold Ghost I was held winter 2007 at a vacant 50 year old building off the Gold Coast Highway. The space, which used to be a fancy dress shop, became a pop up gallery showcasing 70 artworks by 21 emerging Queensland artists. The success of the first show proved that the city’s self-sufficient art sector is due to the untiring determination of local artists willing to find new and exciting ways to get their art ‘out there.’

The next show, Tales from the Cold Ghost II was held winter 2008 at a converted-warehouse off the Gold Coast Highway. The warehouse was initially scheduled to be demolished. Instead a partnership between tinygold and the property owner enabled for the space to be transformed into a fully-functional gallery called 19 KAREN. The gallery made its public debut to coincide with TFCG II, which featured over 90 works by 26 emerging artists. 19 KAREN continues to operate its own exhibition program focused on emerging Australian artists.

Tales from the Cold Ghost III was held in 2009 at 19 KAREN from August 1-22. Over 80 Queensland artists applied, and from this 26 artists, and over 90 artworks were selected by tinygold. Last year’s program featured an exhibition, artist talks, a fashion event, catalogue launch, arts practice workshops, and published post-show reviews. Our initiative has received support from Arts Queensland through the Visual Arts and Crafts Strategy program, as well as a Regional Arts Development Fund from Gold Coast City Council. We also partnered with other art organizations, local businesses and creative companies who shared in our passion to connect local emerging artists with their regional community. Tales from the Cold Ghost has been put on hold for 2010 for the organizers to focus on their own arts and curatorial practices.

About the Project Directors 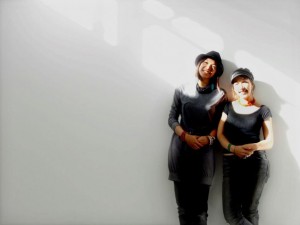 MARIAM ARCILLA is a Gold Coast based cultural developer freelancing in the areas of curating, writing and marketing. She currently works for the public sector and is Co-Founder/Secretary at rabbit+cocoon. She has curated for Surfers Paradise Festival,19 KAREN and Nine Lives, and has written for cultural publications notably RealTime, Art Monthly, The Thousands and Gold Coast Creative. As an artist she has exhibited at Judith Wright Centre for Contemporary Arts, Metro Arts and Jugglers Artspace. She is passionate about artist-run projects, creative urban activation and cultural advocacy.

In 2011 Mariam was awarded the Regional Arts and Cultural Award from Arts Queensland for her voluntary contributions to the Gold Coast cultural community, and also featured on the Gold Coast White Pages cover as a ‘creative Australian inspiring our community.’ Her projects and collaborations have been featured on ABC TV/Radio, Getaway TV, Art Monthly, Gold Coast Bulletin, Courier Mail, Monster Children, Triple J Radio and Naked City-Guide. Mariam’s previous appointments include: Cultural Development Project Officer at Gold Coast City Council, Co-founding Gallery Director at 19 KAREN Contemporary Artspace, and Co-founding Director at tinygold artist-run initiative. She has lived on the Gold Coast since 1996, and has completed a Bachelor of Arts with Honours (First Class) and Bachelor of Creative Arts from Griffith University.

MEGAN COPE is a young contemporary Indigenous artist, who in 2006 graduated from a Bachelor of Visual Arts (Visual Communication) at Deakin University, Melbourne. She currently lectures in Indigenous Critique at Griffith University. Relationships with the environment and exploring self narrative mythologies are a primary aspect of her practice. She is a descendant from the Quandamooka region (North Stradbroke Island) in South East Queensland. Megan has exhibited her works in the Koori Heritage Trust in Melbourne, Craft Queensland & Queensland Art Gallery in Brisbane. In 2008 she was awarded ‘Highly Commended’ prize in the Gold Coast Indigenous Art & Design Award, and in 2006 was the ‘Youth Category’ winner in the same Award. She has had works published in Gatherings II. Megan lives and works in Brisbane, and together with Mariam Arcilla has established the Gold Coast based artist run-initiative ‘tinygold.’ She is the Creative Director for the Brisbane Artist Run Initiatives festival.