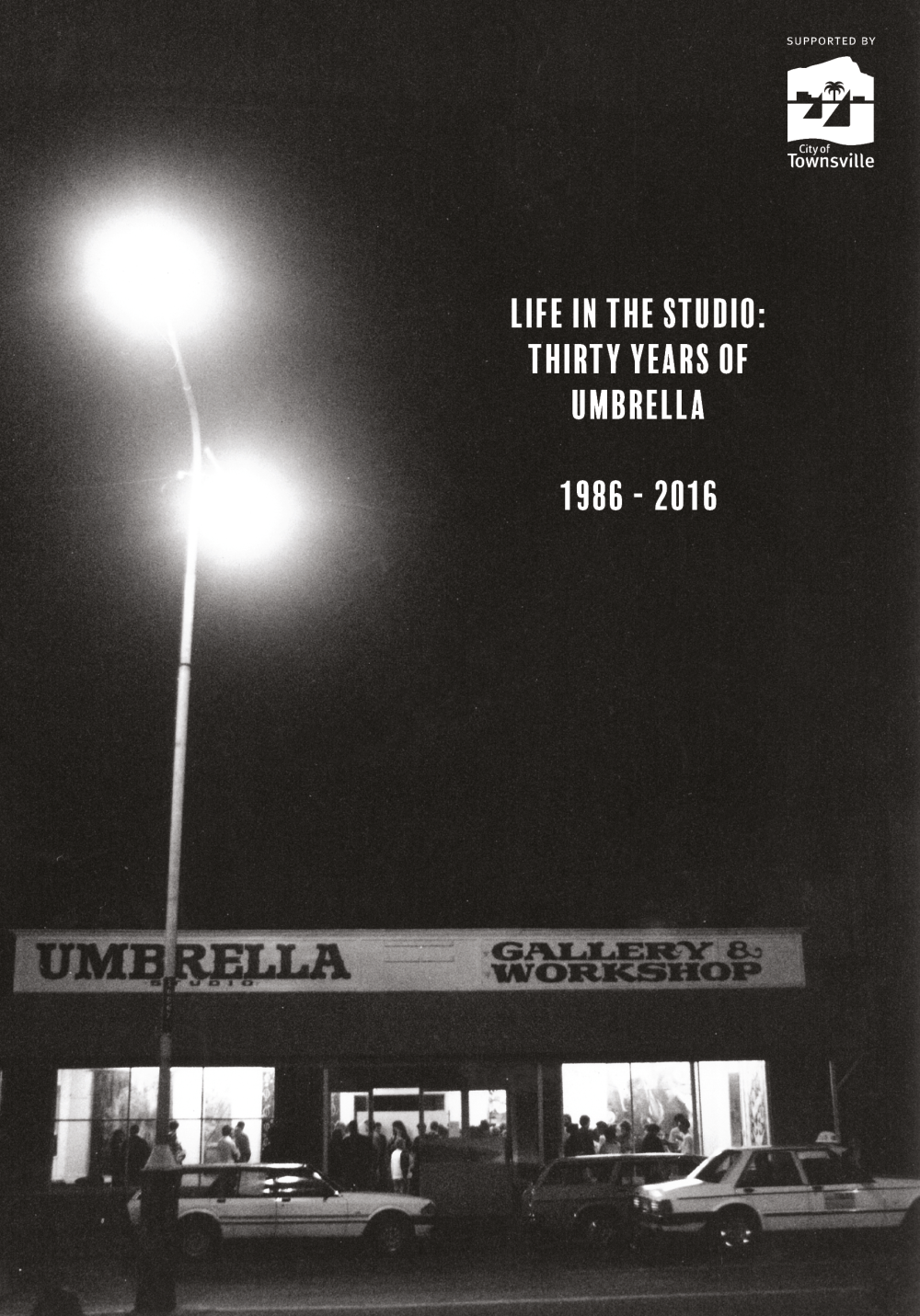 Established in 1986 as an artist-run by artists including Marion Abbott ( previously a.k.a Keryn Abbott Lock) and Patricia Leddin

Umbrella Studio sits at the nexus point north to Cairns, south to Mackay and west to Mt Isa. Umbrella Studio was established in 1986 as a working studio for a group of emerging Townsville artists as the only artist-run initiative, and the first professional artist organisation north of Brisbane. It became incorporated in 1989 with six core artists who paid the studio rent, as well as full members who attended meetings, and a growing associate membership base. In 1991, a controversial decision was made to grow beyond the voluntary artist-run structure and engage a full-time paid administrator. Since the early 1990s, Umbrella has been transformed from an artist collective offering practical studio based facilities, to a funded and professionally managed members based contemporary arts organisation, with an annual program of exhibitions, public programs and special events.”