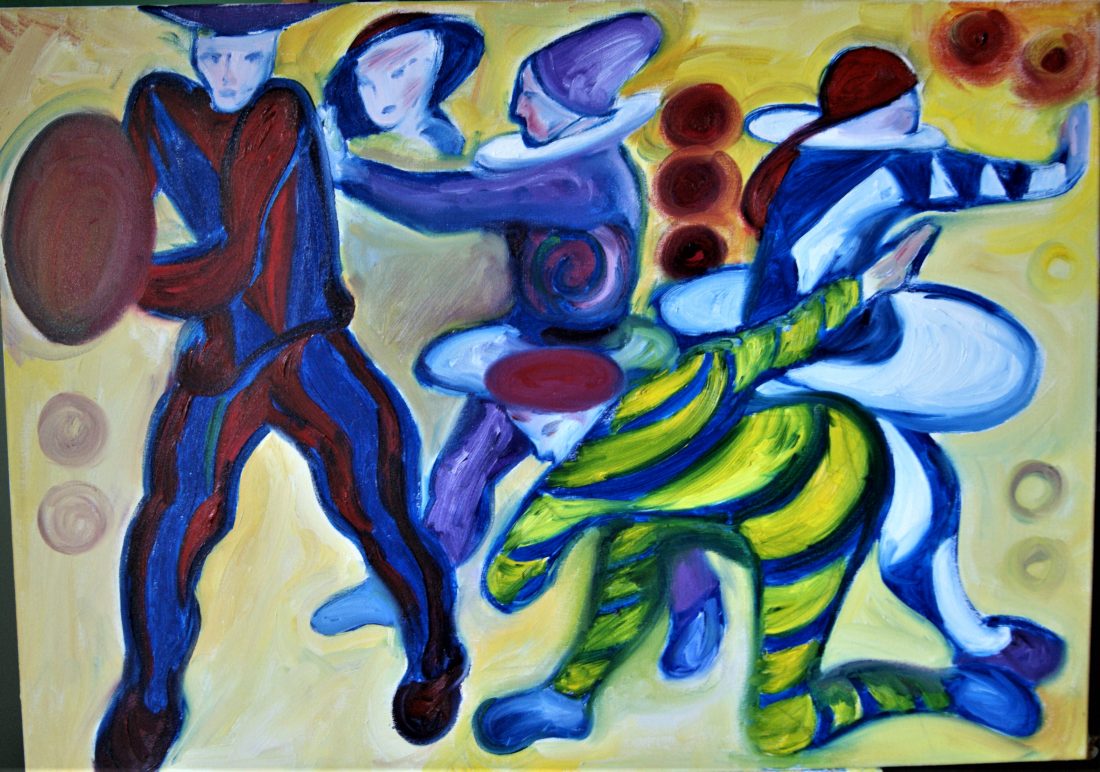 Urszula Szulakowska was an active participant in the art scene of Brisbane from 1982-90 when she was a lecturer in history of art at the University of Queensland. She was a founding member of the editorial committee of eyeline magazine in 1987 which was named after her own eyeliner by Brian Doherty at a Christmas party in Michael Milburn’s gallery.

Urszula worked closely with the editor of eyeline, Sarah Follent;  the co-editor, Graham Coulter-Smith, and alongside a leading figure in international avant-garde art, Nicholas Zurbrugg who was at Griffith University, and artist curator Peter Anderson (also based at Griffith). The collaboration and close friendship of these slightly older art theorists and critics (mostly in their thirties) was strongly focused on supporting artists in Queensland.

Urszula also engaged with the curatorial projects of Barbara Campbell, Ted Riggs and Brian Doherty at the IMA and at A Room, supporting Jeanelle Hurst, Zeliko Maric, Russell Lake and Adam Boyd at One Flat. In her role as a lecturer in Art History at the University of Queensland in fact, taught several of the chief movers and shakers in the Brisbane scene then enrolled as students in the art-history department, including Barbara Campbell and Ted Riggs, Michael Milburn, Paul Andrew, Sarah Follent. Michelle Helmrich, David Pestorius, Louise Martin-Chew, Jane Magon, Peter MacNeill, Lynne Seear among others.

Urszula wrote many art reviews and essays for eyeline and other Australian magazines, most notably for Art and Text. With Hiram To she curated the exhibition Belles Lettres staged in 1987 at John Mills National artist-run space at 40 Charlotte Street, Brisbane, as well as an exhibition of local art at the IMA: (I)magical Poetics.

Urszula gained her MA in history at the University of Oxford (1976) and her PhD at the University of Sydney (1988). She arrived in Australia in 1977 to work as a tutor at the Power Institute, Sydney University. She moved to Queensland in 1982 and left for the UK in 1990. In 1998 she published a book Experimental Art in Queensland 1975-1995 (Brisbane: Griffith University).

Urszula has lectured on art and cultural history at the universities of Sydney, Queensland, Leeds and Bretton Hall College, as well as at other institutions of higher education in the UK, Poland, Hungary, France, Italy and Croatia and she has also participated in conferences in those countries. Currently, she is Visiting Research Fellow at the University of Leeds. She has published extensively on the history of ideas, art and religion in Central and Western Europe during the Reformation. Her main subject has been the history of alchemical illustration and its influence on 20th and 21st century art and culture and she has produced four books and many papers on that subject.

Three other monographs have concerned the art, architecture and culture of the Polish-Lithuanian Commonwealth, as well as studies of contemporary art in Eastern Europe with which she continues to be substantially involved. In 2020 she published a scholarly analysis in a book about her own experiences as a child in a Polish refugee camp in the UK (see Amazon page for published monographs). Urszula has always sought to practice her own art. In 1972 she had a solo exhibition at Lady Margaret Hall, University of Oxford, and took part in a group exhibition by the Oxford University Art Group at the Museum of Modern Art, Oxford (1973). She trained in practical art at what is now Sheffield Hallam University (1973-4) and taught as an art teacher in British secondary schools (1974- 76). She was active in one of the earliest feminist art groups at the Blackie in Liverpool (1975-76).

Later, she attended the Julian Ashton school in Sydney (1979-82). Although she has been deeply involved (and still is) in the development of an experimental conceptual art practice by other artists, in her own work, however, she continues to struggle with the traditional problems of painting in oils, as well as in pastel and inks. Her interest has always been in the human figure, though she also tackles landscape and still-life.

Since 2012 she has worked with local art groups and presented her work in group shows at Rugby art gallery. Her drawings have been collected by Market Harborough Museum, while other paintings and drawings are in private collections. Current themes involve Polish culture and history in an enquiry into her own ethnic identity. Her aesthetic concern is to create a dynamic tension in her art between abstract materialism and detailed naturalistic representation. 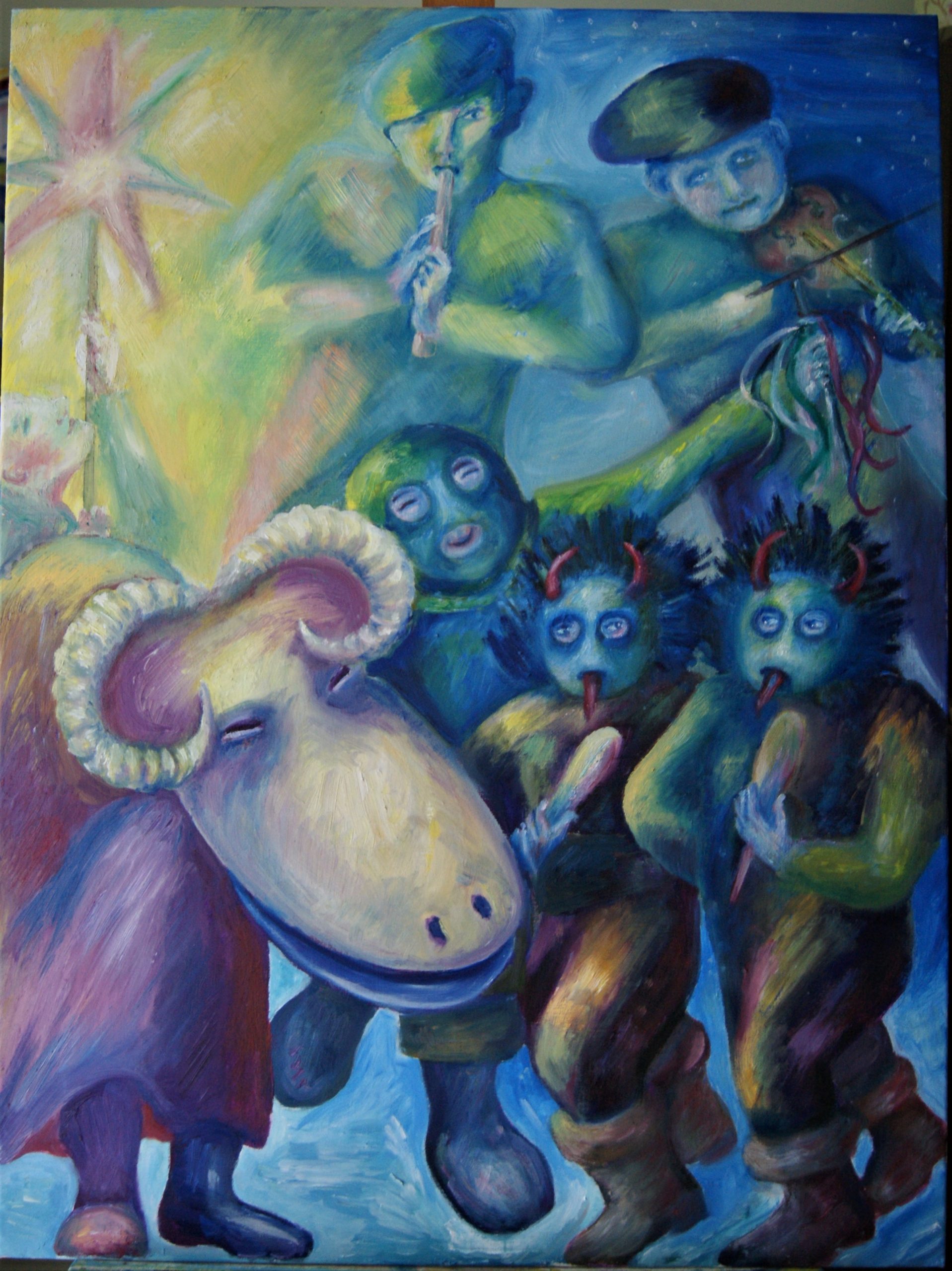 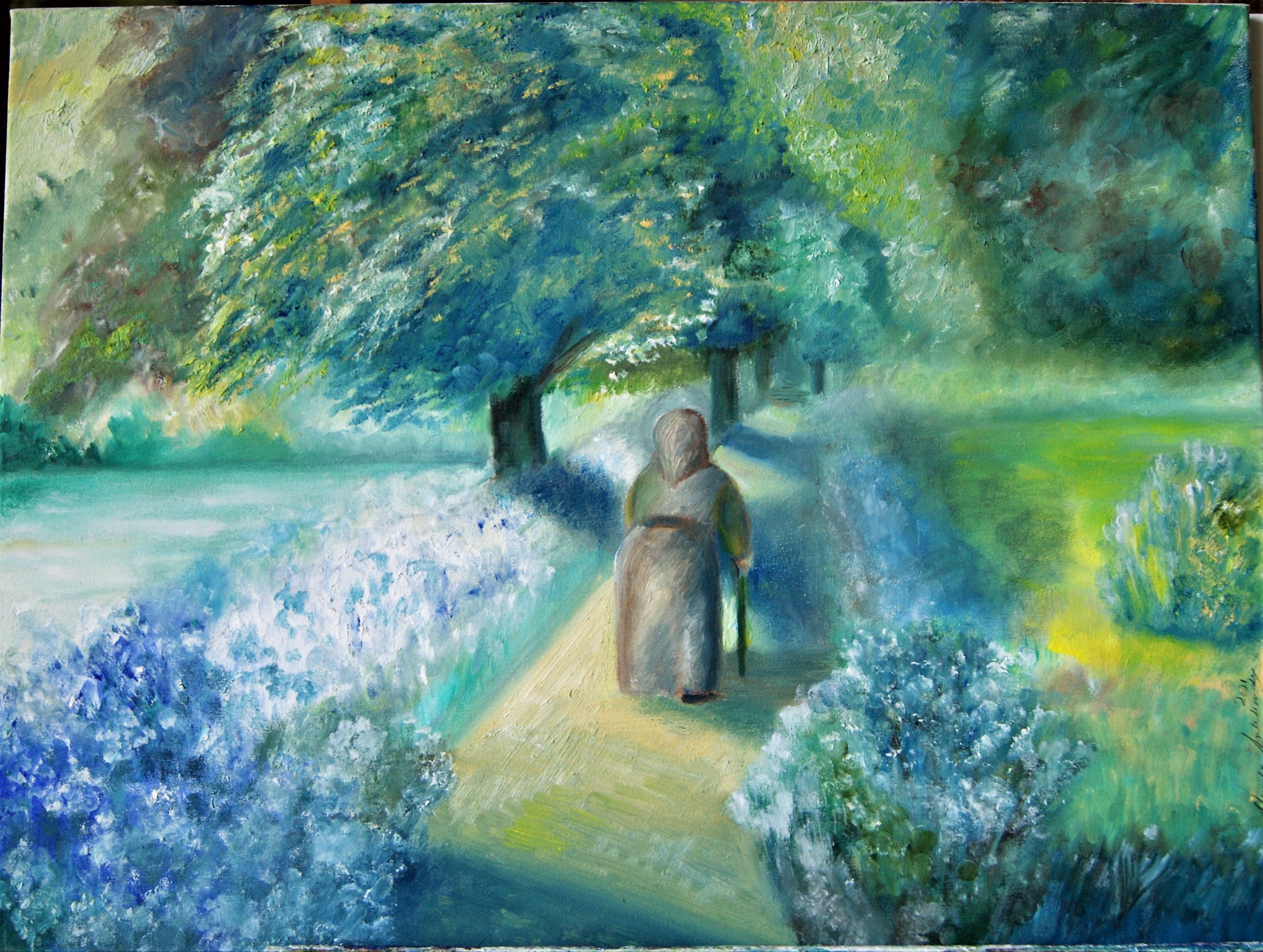 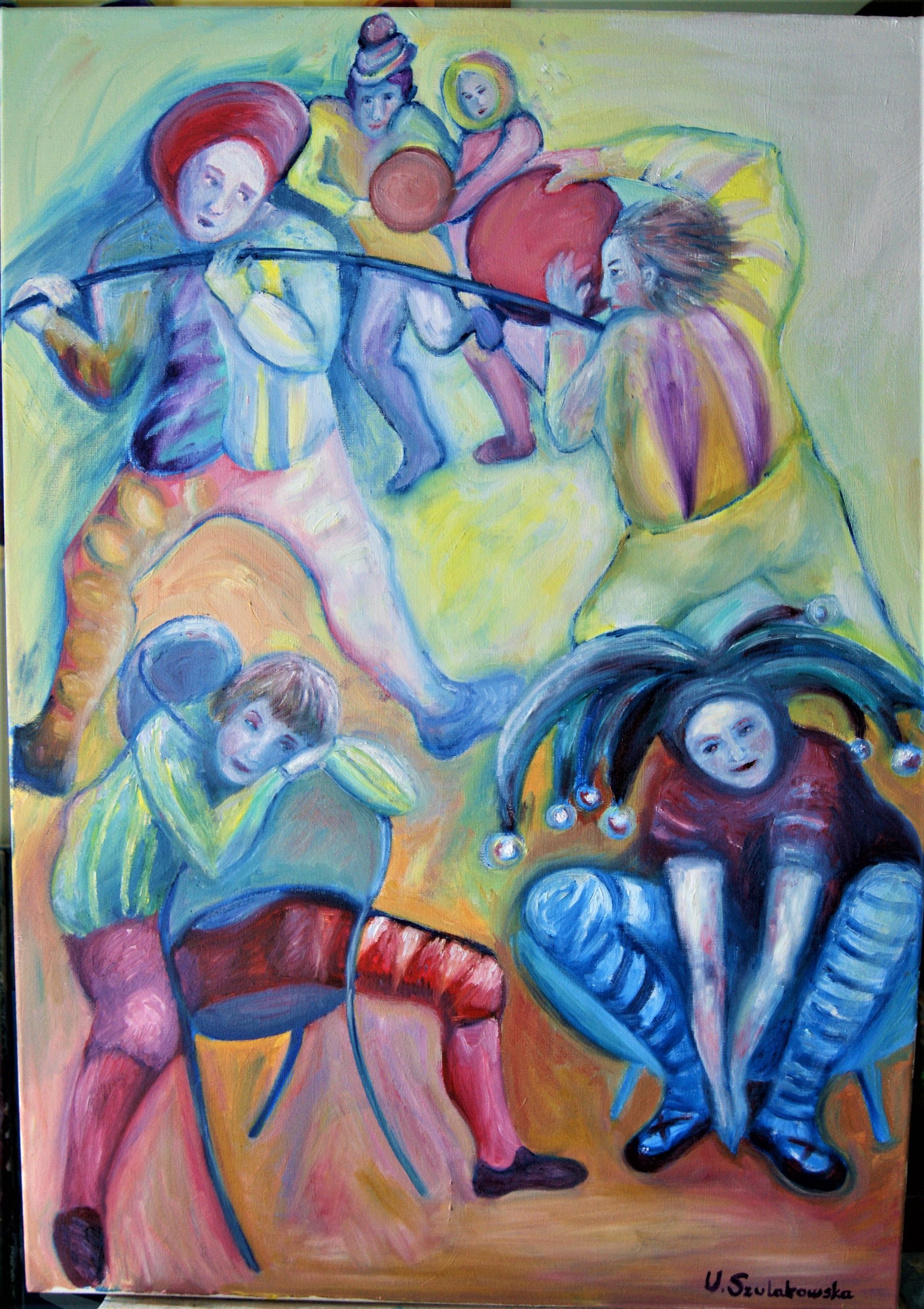 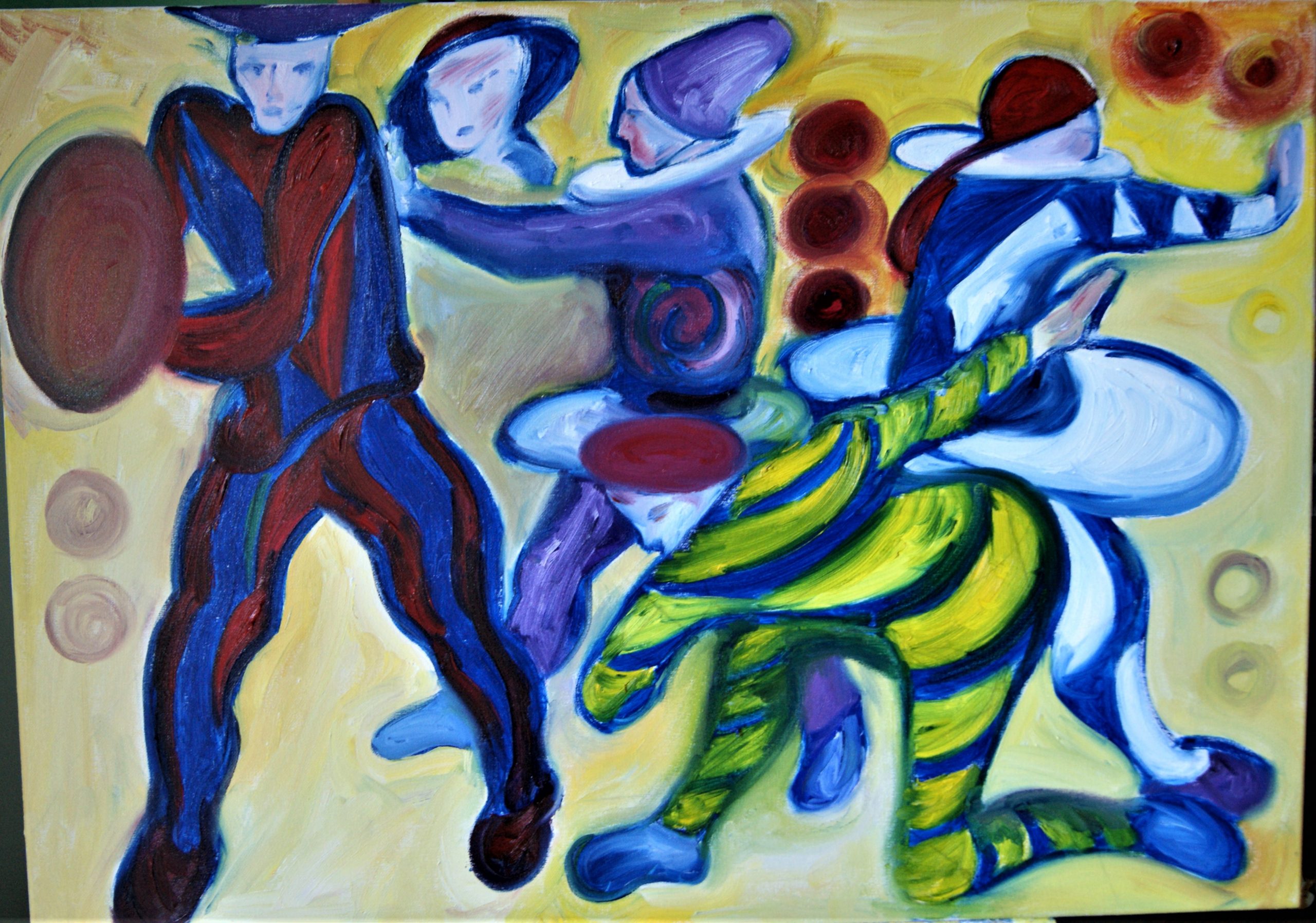 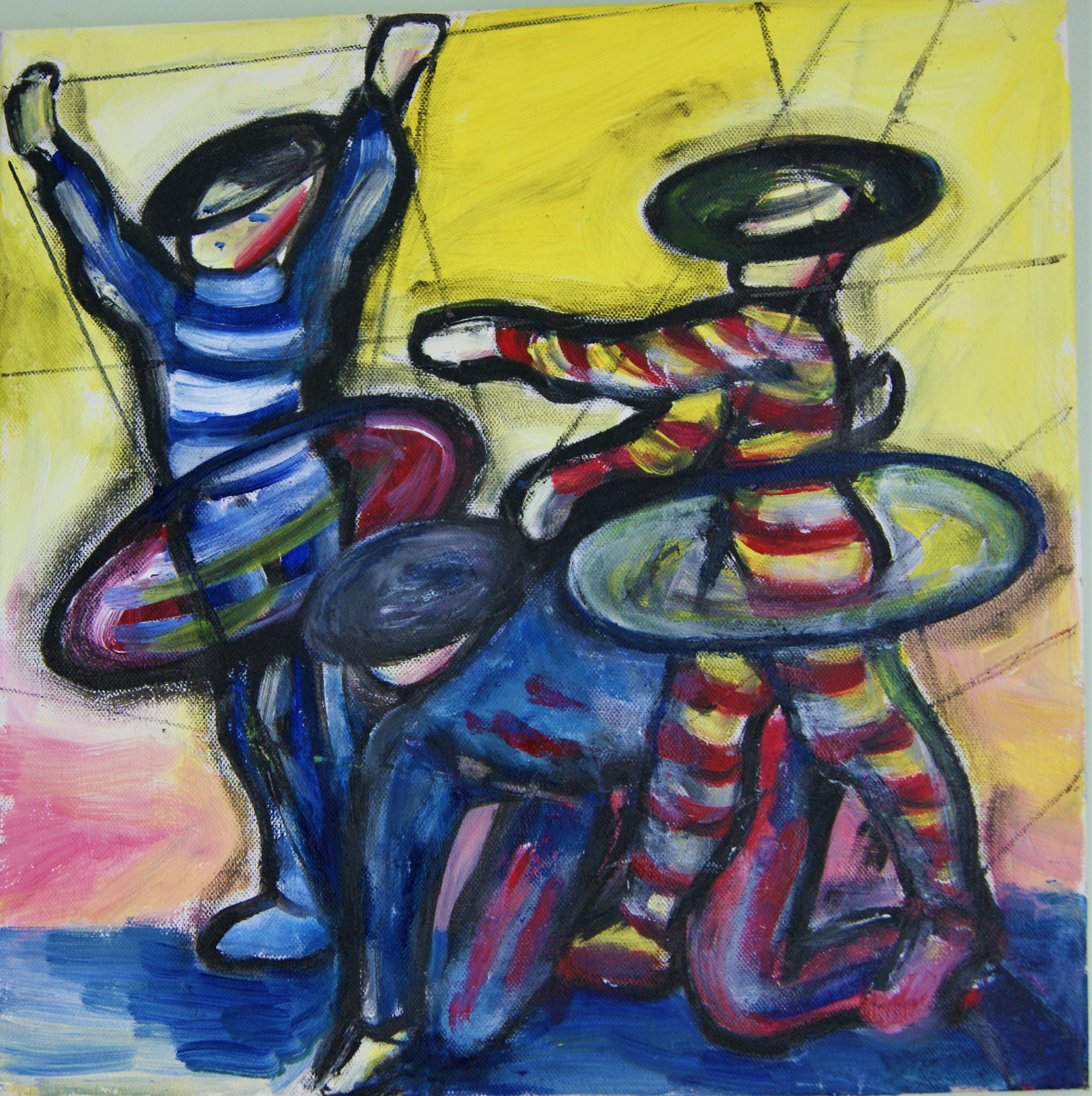 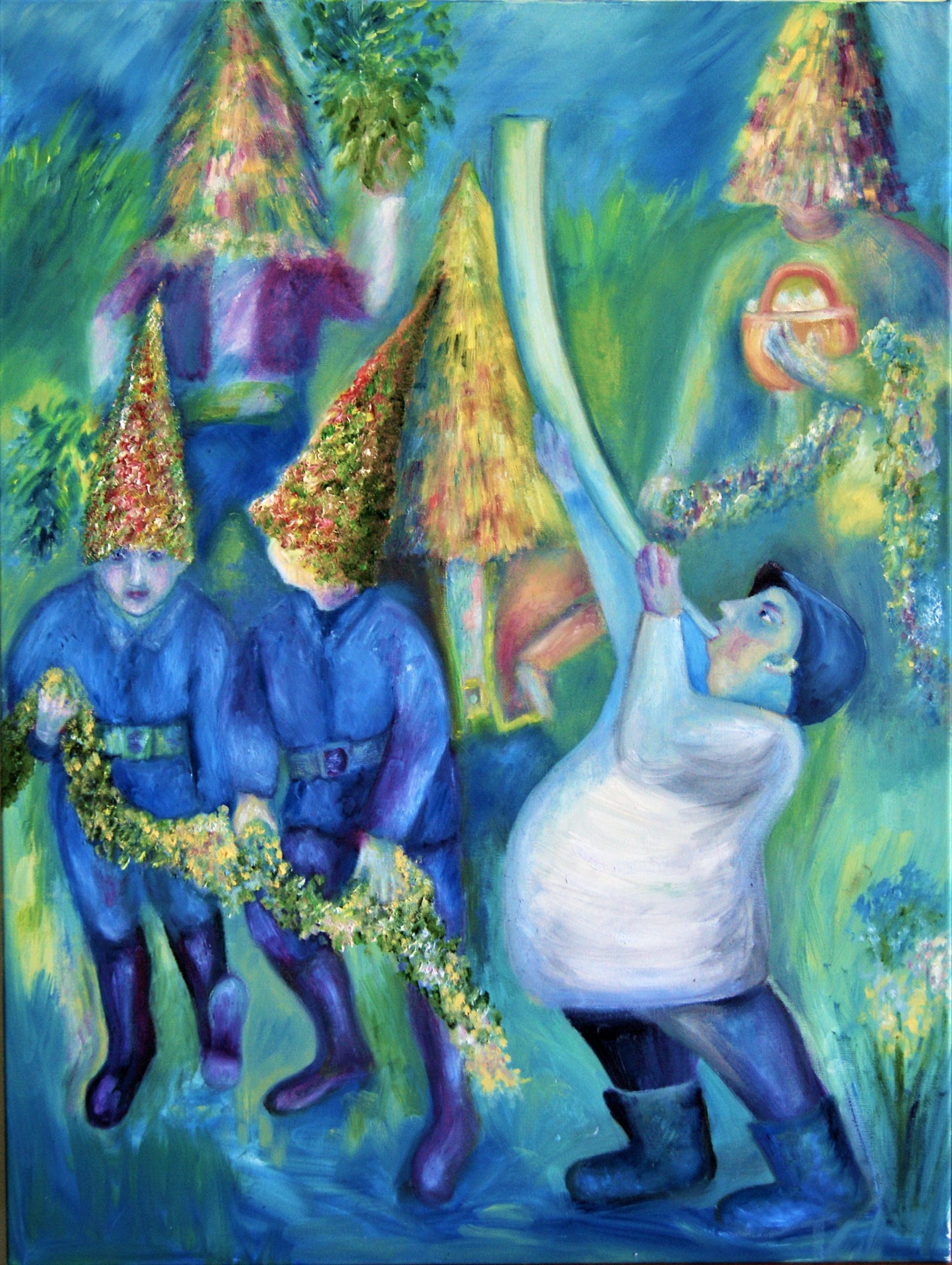 This book presents the history of the Polish resettlement camps in the context of the post-war reconstruction of Britain during the 1950s. The Polish Resettlement Act (1947) concerned some 200, 000 Poles stranded in the country after the war. There are very few studies available in English concerning this migration to the UK and a limited number of Polish ones. The focus of this study is the Husbands Bosworth camp in Northamptonshire which was located on a decommissioned RAF aerodrome at Sulby Hall, between Welford and Naseby. The text relies both on eye-witness testimony, including the authors own experiences as a child in the camp, as well as on rare documentation located in private archives. In particular, the nationalistic culture of the Poles within the British Isles is examined critically as an indigenous development. The Polish society that emerged out of the hundreds of rural Polish camps, urban Polish clubs, churches, schools, newspapers, libraries, museums and art-galleries was a nationalistic culture of its own kind which drew on pre-war life in Poland and yet also grew along quite different lines. It was a culture created in reaction and in antagonism to the political authorities of the host country. This study will be of interest to anyone concerned with the history of multicultural Britain.

Experimental art in Queensland, 1975-1995 : an introductory study / by Urszula Szulakowska